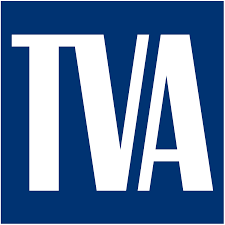 KNOXVILLE ― The Tennessee Valley Authority will continue to fulfill its mission for future generations by building on its industry-leading carbon reduction by aspiring to move toward net-zero carbon emissions by 2050 based on a set of guiding principles endorsed by the TVA Board of Directors at its quarterly business meeting Thursday.

As outlined in TVA’s most recent Sustainability Report, TVA’s continuing execution of its nearly 88-year-old mission – supplying reliable energy at the lowest feasible cost, being a steward of the region’s natural resources, and serving as a catalyst for continued economic development – must be viewed through the lens of future sustainability.

Businesses and industries are already seeing the unique value of that approach. In the first six months of fiscal year 2021, TVA helped attract or retain more than 45,200 jobs and $3.9 billion in investment to the region, not including recent significant news from LG, Milwaukee Tools and Oracle. Building a clean energy future is an essential path TVA is following to attract even more jobs and investment to continue that success.

“The steps we’ve already taken operationally and financially have created a strong foundation for supplying cleaner energy without impacting reliability or low cost,” said Jeff Lyash, TVA president and CEO. “TVA is an industry leader in carbon reduction, but we aren’t satisfied. We are focused on increasing carbon reduction while maintaining our commitment to the low-cost, reliable energy our customers expect and deserve.”

The Board approved a resolution endorsing TVA’s Strategic Intent and Guiding Principles, which outlines the TVA leadership team’s intent to align its people, operational and innovation efforts to business strategies that provide reliable, resilient, low-cost, and clean energy to the region.

The document establishes a series of decarbonization milestones over the next three decades. By 2030, TVA will focus on growing its current 63% carbon reduction to 70% by:

Specific plans to achieve this milestone, including any decisions affecting existing or new facilities, will be developed over the coming months and will include detailed environmental assessments that will seek public input before any actions are taken.

TVA has a path to an 80% reduction by 2035 with up to 10,000 megawatts of solar capacity online and continued investment in extending the lives of our current nuclear and hydro fleets, as well as the integrated systems necessary to support the energy system of the future, while moving toward its aspirational goal of net-zero carbon emissions by 2050.

“We are confident we can approach an 80% reduction by 2035 using existing technology and without impacting TVA’s reliability or costs,” said Lyash. “Moving to net-zero carbon emissions will require public and private partnerships to further evolve existing technologies, such as energy storage systems and carbon capture, and develop new capabilities, such as advanced nuclear solutions. TVA stands ready to lead in these innovation efforts.”

Leveraging its extensive experience in nuclear power operations, TVA is partnering with Kairos Power to assist with the deployment of a Hermes low-power demonstration reactor in the East Tennessee Technology Park in Oak Ridge. In addition, TVA continues to explore the potential of light-water-based small modular reactors at the Clinch River Site, which holds the nation’s only NRC early site permit for small-modular reactor development.

“Our Sustainability report recognizes that power generation is only one part of the overarching challenge of decarbonizing our economy and TVA remains actively engaged in supporting the electrification of transportation and other initiatives to help achieve that goal,” said Lyash. “Our current partnerships with state and utility partners to expand electric vehicle charging infrastructure in our region is one example of how TVA is leading this effort.”

Current and future initiatives are supported by TVA’s continued strong operational and financial performance with lower debt levels, which has enabled TVA to continue to support local power companies and communities to recover from the pandemic while effective wholesale rates remain lower than 10 years ago.

“Our employees’ hard work driving efficiencies into our business and improving our balance sheet over the past eight years means that executing our decarbonization goals will not impact our intent to maintain stable rates through at least 2030,” said John Thomas, TVA’s chief financial officer.

Over the first six months of TVA’s fiscal year, total operating revenues decreased 4% over the same period in the previous year, primarily due to lower base rates and lower fuel costs, both of which supported lower costs for customers. Interest expenses were 3% lower than last year due to lower debt levels. During the same period, the TVA team also:

The Tennessee Valley Authority is a corporate agency of the United States that provides electricity for business customers and local power distributors serving nearly 10 million people in parts of seven southeastern states. TVA receives no taxpayer funding, deriving virtually all of its revenues from sales of electricity. In addition to operating and investing its revenues in its electric system, TVA provides flood control, navigation and land management for the Tennessee River system and assists local power companies and state and local governments with economic development and job creation.