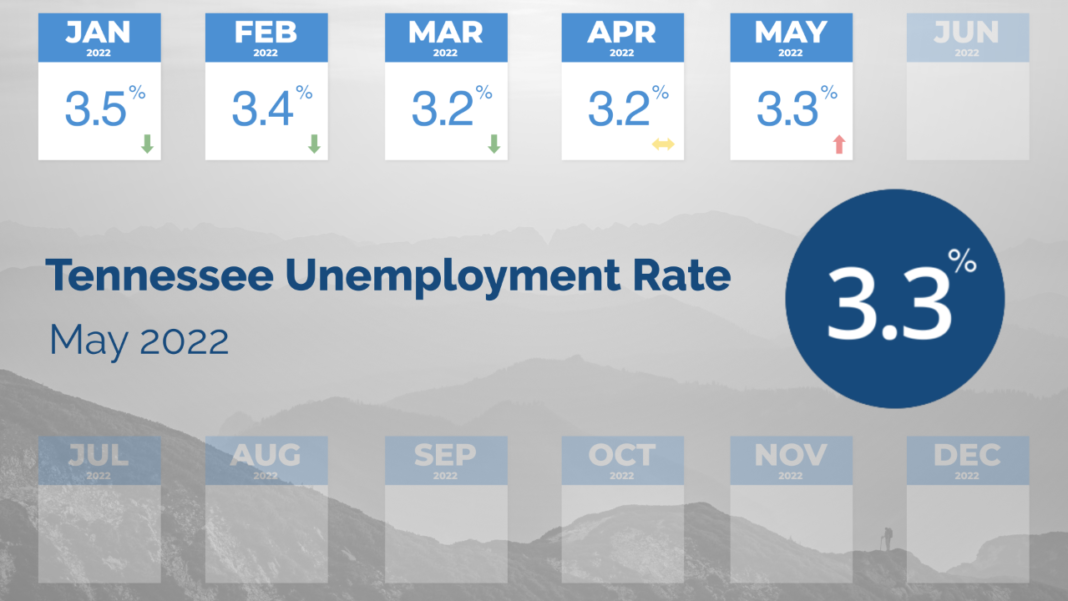 NASHVILLE – Preliminary data from the Department of Labor and Workforce Development (TDLWD) indicated Tennessee’s unemployment rate for May 2022 increased slightly from April’s record-breaking number. The seasonally adjusted statewide rate for the month was 3.3%, 0.1 of a percentage point higher than the previous month’s revised figure.

The state’s civilian workforce also grew in May and reached a new high. The seasonally adjusted number for the month came in at 3,405,582, up from 3,388,428 in April. Tennessee also saw an increase in the number of citizens who were employed in May, up nearly 15,000 workers to 3,293,564. The state’s Labor Force Participation rate also surpassed 61% for the first time in over two years.

Tennessee employers added 3,700 nonfarm jobs to their payrolls between April and May. The construction sector added the most jobs. The state government sector saw the next largest increase, followed by the professional, scientific and technical services sector.

Over the last year, the state’s nonfarm employment grew by 135,000 jobs. The largest increase came from the leisure and hospitality sector, followed by the trade, transportation and utilities sector, and then the professional and business services sector.

Nationally, the unemployment rate for the United States was unchanged in May, mirroring the seasonally adjusted April rate of 3.6%. That number does mark a decrease of 2.2 percentage points when compared to the May 2021 national unemployment rate.

Each month, TDLWD produces a complete analysis of the state’s unemployment data, including an in-depth look at Tennessee’s workforce statistics. That report is available here.

The state’s jobs database currently has listings for hundreds of thousands of open positions across and near Tennessee. Job seekers can access Jobs4TN.gov and the other online services the state of Tennessee offers residents looking for meaningful employment at www.TNWorkReady.com.

Career specialists are also available to work one-on-one with job seekers at nearly 80 American Job Centers located in counties across Tennessee. They can find the closest job center to them here.

The state of Tennessee will release unemployment data and workforce statistics for each county in the state on Thursday, June 23, 2022, at 1:30 p.m. CDT. 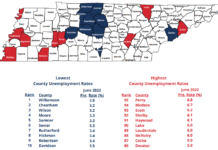 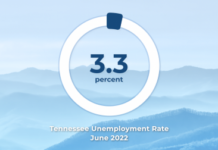