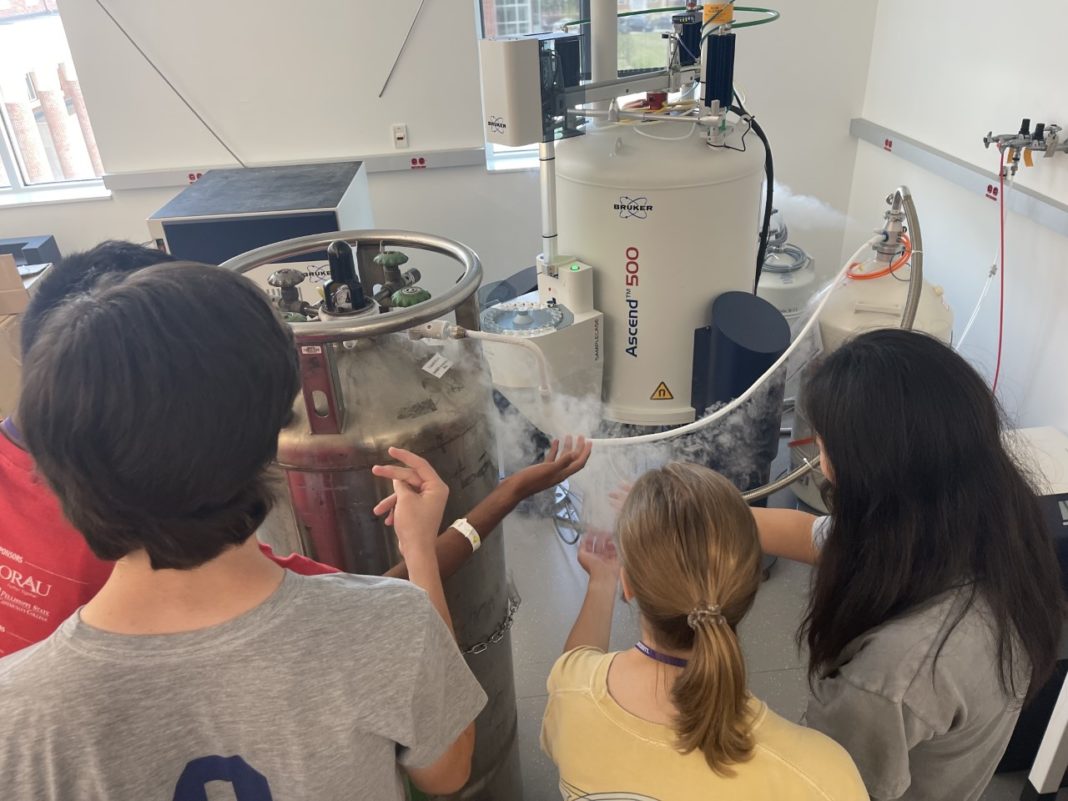 COOKEVILLE – Thirty students representing 25 different high schools from across the state convened on the campus of Tennessee Tech University for the 2022 Tennessee Governor’s School for Emerging Technologies during the month of June.

“In 2008, the first Governor’s School for Emerging Technologies was held with Professor Ken Hunter, basic engineering, of Tech as the founding director,” Chris Wilson, chair, general and basic engineering and professor of mechanical engineering at Tech, said.

Over 25 Tech faculty, staff and students participated in the 2022 GSET. Wilson and Cory Gleasman, assistant professor, curriculum and instruction, have served as directors from 2020 to present, with Emily Alonge as the assistant director for 2022.

The GSET is unique to Tech and is designed to spark interest in science, technology, engineering and mathematics through examination of current topics in biotechnology, nanotechnology, information technology and other emerging technologies.

“The majority of the students are rising high school seniors, but there are some very outstanding rising juniors,” Wilson said.

The 2022 GSET was on campus only after being virtual in 2020 and having a virtual and on-campus option for 2021. Gleasman was the driving force for the online efforts, according to Wilson.

The current format for GSET began in 2014 and is a mix of classroom activities, research and field trips that promote STEM, but especially, emerging technologies. In the classroom, GSET students study the connections between STEM fields, professionalism and research methods.

The academic week is Monday through Wednesday and Friday with morning classes until noon and research and development exploration groups in the afternoon.

A typical week includes an academic field trip on Thursday, recreational trips and events on the weekend.

“In addition, the students learn a lot about campus living, dorms, roommates, the Fit, the Caf and, yes, final exams. A lot of life changes happen during the four-week program in June,” Wilson said.

Tennessee’s Governor’s Schools started their programs in 1985 following the effort of Governor Lamar Alexander and the Tennessee Legislature to serve the needs of the state’s best high school students. They were formulated as an opportunity for leading students in high schools across the state to receive a chance for a comprehensive introduction into a chosen area of study free of charge.

Hunter directed the GSET at Tech for the first four years, but as the founder, he directed Tech’s Presidents’ Academy for Emerging Technologies during the summers of 2005-2007.

“His vision has proved to be a great source of inspiration for many high schoolers during the program,” Wilson said.

Both Talbert and Wilson have Tennessee Governor’s School connections. Talbert attended the first GS for the Sciences at University of Tennessee Knoxville in 1985 as a high school student from Cookeville High School. Wilson helped teach the first GS for Engineering, also at UTK, in 1996 as a doctoral student. Their experiences provided a shared motivation and devotion to Tech’s program according to Wilson.