NASHVILLE – The NFIB Small Business Optimism Index fell 0.2 points in May to 99.6. May saw a slight pause in the recovery of small business optimism after steadily increasing each month in 2021. As reported in NFIB’s monthly jobs report, a record-high 48% of owners reported unfilled job openings.

“The labor shortage is holding back growth for small businesses across the country,” said NFIB Chief Economist Bill Dunkelberg. “If small business owners could hire more workers to take care of customers, sales would be higher and getting closer to pre-COVID levels. In addition, inflation on Main Street is rampant, and small business owners are uncertain about future business conditions.”

State-specific data is unavailable, but NFIB State Director Jim Brown said, “The numbers show how difficult it’s become for small businesses to find workers. Tennessee small business owners are hopeful the situation will improve soon because of the state’s decision to end federal pandemic-related unemployment compensation early. Until that happens, though, hiring will remain a challenge.” The federal benefit is set to expire in September, but Gov. Bill Lee said it will end in Tennessee effective July 3.

Other key findings of the national survey include:

Fifty-nine percent of owners reported capital outlays in the last six months, up two points from April. Of those making expenditures, 44% reported spending on new equipment, 24% acquired vehicles and 16% improved or expanded facilities. Six percent acquired new buildings or land for expansion and 13% spent money on new fixtures and furniture. Twenty-seven percent are planning capital outlays in the next few months.

A net 7% of all owners (seasonally adjusted) reported higher nominal sales in the past three months, up four points from April. The net percent of owners expecting higher real sales volumes improved two points to a net 3%, a historically weak reading.

A net 34% (seasonally adjusted) reported raising compensation, the highest level in the past 12 months. A net 22% of owners plan to raise compensation in the next three months, up two points.

The NFIB Research Center has collected Small Business Economic Trends data with quarterly surveys since the 4th quarter of 1973 and monthly surveys since 1986. Survey respondents are drawn from a random sample of NFIB’s membership. The report is released on the second Tuesday of each month. This survey was conducted in May 2021. 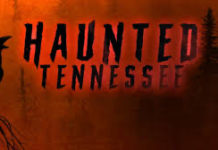