“I could not be more proud to be a farmer and voting member of the 100-year-old Tennessee Farm Bureau Federation,” said Rose. “TFBF is the largest Farm Bureau in America and is the collective voice for farmers in Nashville and Washington. Every member of the Tennessee Congressional delegation relies on TFBF to one extent or another to stay tuned into what challenges and opportunities exist for 21st century farmers. The importance of Farm Bureau for agriculture cannot be overstated.”

“We are honored Congressman Rose and the Tennessee House Delegation are recognizing Tennessee Farm Bureau’s 100th anniversary,” said TFBF President Jeff Aiken. “We appreciate the resolution and thank them for their support of our century-year old organization, and even more so, their support of the farmers and rural people we have served for the past 100 years. As we step into the next 100 years, we look forward to working together to ensure the voice of agriculture remains strong in Tennessee.”

“I am a proud member of the Tennessee Farm Bureau, and it is great partnering with this organization to make sure East Tennessee’s farmers’ voices are heard in Washington,” Burchett said. “Congratulations on 100 years of service!”

“Farm Bureau is a pillar in communities across the state of Tennessee,” said Rep. DesJarlais. “Our local farmers and ranchers are the backbone of our economy and ensure we have a safe and secure supply chain. Thank you, Tennessee Farm Bureau, for 100 years of dedicated service to our agricultural communities. I look forward to seeing what you accomplish in the future.” 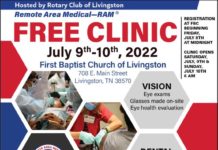 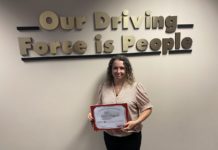 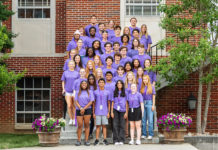