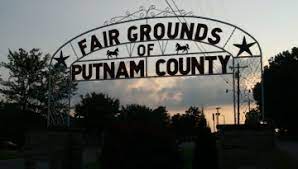 The move comes after Porter explained to the commission that a private sale was an option that they weren’t aware of.

Commissioners previously had discussed the potential sale of the property and thought that the only options available were sealed bid, public auction and internet auction. Each of these had pros and cons, but the commission was mainly concerned with the lack of control over who bought the property and what would be done with it.

County Attorney Jeff Jones requested a legal opinion from the attorney in the state Comptroller’s Office to get their official buy-in on the private sale to avoid any future negative audit findings.

The Comptroller’s Office gave an opinion that the fairgrounds is something that the county can sell so long as:

Porter said the way the process would work if the private sale is approved is the information on the property will be distributed to the general public nationwide through the county’s partners.

Advantages of the private sale will be the increased control the county has over what the property will be used for and there is no sales fee to the county for the sale. The biggest plus to the commission, according to Porter, is the full control over the sale price and who it is sold to. It would also allow the property to be marketed to major retailers that would bring increased sales tax dollars back into the county with any development.

CoStar and Loopnet, the nation’s two biggest commercial real estate aggregators on the internet, were mentioned as possible marketing sites, along with Retail Strategies, a retail site consulting firm that is already contracted with the city of Cookeville.

The commission voted unanimously to declare the property as surplus, the first step in its sale. They then voted to authorize Porter to offer the property for private sale with a deadline of the July commission meeting for Porter to bring back the selected offer for commission consideration.

Several commissioners expressed interest in reviewing the offers. Commissioner Ben Rodgers suggested that be done in a work session and reminded the commission that a work session could be called in three days with public notice.

It was also agreed that project names would need to be used to protect potential buyer’s identities until a contract for sale was signed.

“When you’re dealing with commercial contracts, it will need to be in project names because these guys will walk if they think that their name gets out there,” Commissioner Kathy Dunn said. “It happens every day in our community. Even if it has the appearance that they think it got out, they’ll pull out.”

Jones emphasized, “It’s in the county’s best interest to maximize our return on this thing because that’s what we need to fund the exposition center.”

Regardless of the outcome of the sale, the county is committed to holding the 2021 fair at the current fairgrounds site in August before moving to the new fairgrounds property in 2022.