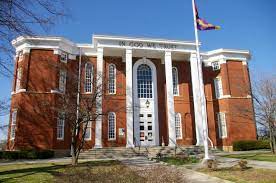 PUTNAM COUNTY – Almost half of the new Putnam County Commission is already set with five of the 12 districts having only two candidates vying for seats. The remaining seven districts will have a May 3 Primary and be decided in the Aug. 4 General Election.

Each of the 12 county commission districts is represented by two commissioners. In five of the districts, only two candidates turned in qualifying papers, effectively securing themselves a seat on the commission to be sworn in Sept. 1.

In District 2, voters will have to select two Republicans from William Grant Billings, Ron Chaffin and Sam Sandlin on May 3. Those two will go against Independent J. Mark Hutchins on Aug. 4.

Candidates from District 5 will go straight to Aug. 4 with Republicans Vinnie Faccinto and Junior C. Phipps and Independent Johnnie Wheeler vying for the two seats.

Four candidates are vying for two Republican candidate slots in District 10 where voters on May 3 will select two from Kim Bradford, Krystal Heisz, Joe Iwanyszyn and Terry C. Randolph to take on Independent Robert L. Owens II in August.

Voters in District 11 will also pick two candidates from Kathy Dunn, Tony Honeycutt, John W. Paul and Darren Wilson in the Republican Primary. Those two will take on Independents Marsha K. Bowman and Camille Fliss-Mayberry in the August General Election.