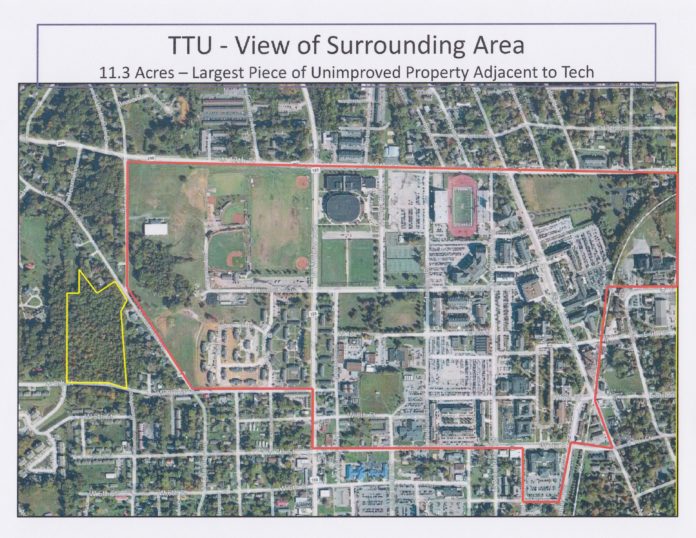 “This has been a difficult and emotional issue for everybody,” said Cookeville Mayor Ricky Shelton. “I know each council member is voting based on what they believe is best for all citizens. We as a council don’t always agree but we stand on our principles and integrity, voting on facts and data, considering all citizens’ concerns and all aspects of any issue.

“We were elected to represent the entire city, not just a zone, a district, or a project and to make the best possible decision for the city as a whole on all matters,” he added.

Councilman Charles Womack provided the only “no” vote in opposition of the measure, citing concerns posed to the council regarding over-saturation; adding he would be in support of the ordinance if it were located in a commercial area.

In recent days, open letters were submitted to members of the council and the media from the developers behind the Eagles Landing and the Campus Edge student-focused communities. In those letters, the owners of similar student-focused residential developments aired their concerns about an over-saturated rental market.

In a written response, Wayne Cravens, a member Titan Development, LLC, the firm behind the proposed Aerie development, rebuffed the claims by Kenney and Jones that the market was oversaturated; citing a 2017 HUD-commissioned study that reportedly concluded a 97.4 percent occupancy rate, with a need for nearly 500 additional units by 2020.

With the council’s approval of the rezoning of the property, located at N. Franklin Ave. and 9th Street, the clock is ticking against developers who now must submit a detailed final PRD plan to the city’s planning commission for final approval. From there, the developer will register the final PRD plan and proceed with construction.

According to the city’s zoning code, if no final PRD plan is submitted and approved, the preliminary PRD plan will expire six months after the effective date of the rezoning action by the city council.