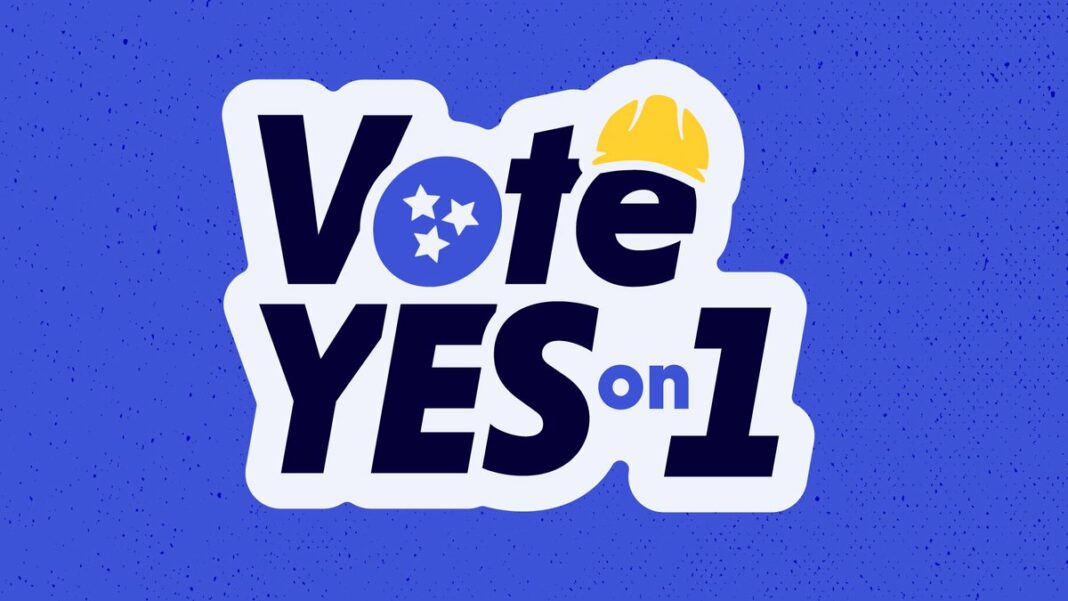 Nashville – “Right-to-work protects workers like me and our individual choice to join a union and pay union dues – or not,” says Tad Franklin, “That’s why I’m voting Yes on Amendment 1.”

Amendment 1, known as the Right-To-Work Amendment, is on the ballot this year to constitutionally guarantee that workers cannot be fired or penalized for joining or refusing to join a union and paying dues to that union.

Franklin, a procurement supervisor at VireoSystems, a holistic people and pet product manufacturer based in Nashville, has seen the benefits of right-to-work first-hand. In states that don’t protect right-to-work, employees can be forced to pay union dues even if they don’t want to be part of the union.

Franklin is joined by workers and voters all across the state in his support of Amendment 1. A recent poll by the Cygnal polling firm of 500 registered Tennessee voters shows broad and bipartisan support for Amendment 1, with 59% of Republicans, 59% of Democrats and 56% of Independents saying they plan to vote for the constitutional amendment.

The amendment garners 60% support among college graduates, 57% support among non-college graduates and 62% among voters who have earned a technical degree. There is no dip in support when looking at income levels either: 59% of voters who make under $50,000 annually support the amendment, 55% of middle-income earners ($50k-$99k annually) are going to vote “Yes on 1” and 61% of voters earning $100,000 or more plan to vote for the amendment.

Governor Bill Lee, former Governor Bill Haslam and hundreds of state and local officials have united to lead the campaign for Amendment 1, encouraging voters not to skip the issue in this video. Read about it on the UCBJ HERE.

Voting Yes on 1 gives Tennessee’s right-to-work law extra protection in the state constitution, ensuring that Tennessee workers are guaranteed their freedom of association when it comes to union membership.

The TN Teamsters and TN AFL-CIO have both come out against the proposed amendment.