Spirit of Entrepreneurship | A business or business person that has forged its own path, often inventing something new or opening against all odds, and has become successful through determination and hard work.

Their personalized service and attention to detail allow them to make every customer’s order truly personal.

One reviewer on Facebook wrote, “Thank you for the work you do in the community. A fantastic place with impeccable customer service. Incredibly giving and great attention to detail.” 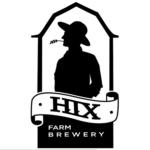 Hix Farm Brewery, a two-barrel system and 10-handle taproom opened in May 2017 on Cedar Avenue in Cookeville.

Jig Head Brewing opened in May 2017, on Newman Drive in Cookeville; featuring a taproom and large, pet-friendly beer garden. 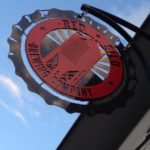 Each of these breweries has gone where no one had previously in Cookeville (before 2016) by perfecting their respective brew styles and opening tap rooms and distribution centers to serve the public. While craft beer has been extremely popular throughout the US, these local breweries followed Sparta’s Calfkiller Brewing Company as the first in the UC, each with unique flavor lines, beer names and stories to tell. The beer-drinking public has quickly followed, as each brewery has already established copious numbers of fans.

Hailing from Sydney, Australia, Chris Shah has called Cookeville home for more than a decade now. In 2011, he opened Happy Hour Wine & Liquor, a 3,000-square foot liquor store on S. Jefferson Ave. He then opened a jewelry store and restaurant in the same retail strip – Diamond Impact and Persis Grill, respectively.

Shah makes it a point to give back to the community, hosting three charity events each year. Most recently, the group’s first whiskey festival raised approximately $18,000, which was then donated to the Cookeville Regional Medical Center Charitable Foundation.

Shah says he has plans for more developments in Cookeville in the near future including a hotel, retail space, and an apartment complex.

If the spirit of entrepreneurship is hereditary, then April Smith Patterson certainly got more than her share of the genes. The daughter of legendary Upper Cumberland entrepreneur Doug Smith, April was only in her mid-20s when her father passed away leaving her, her brother Shane, and her mother, Janie, to assume primary management of the various businesses the Smith family owned and operated. Those businesses include Honest Abe Log Homes, Barky Beaver, and Mitchell Creek Marina on Dale Hollow Lake.

Under her management, each has grown. In partnership with her husband, Nick Patterson, April opened The Mill Storehouse in Cookeville, a retail establishment that sells clothing, personal care items, home, lawn and garden decor and fresh produce from local providers.

April often says that she feels a responsibility to work hard to keep her employees’ jobs secure and to preserve and expand her father’s legacy adhering to his principles of treating people fairly, acting with integrity and doing the best job possible. 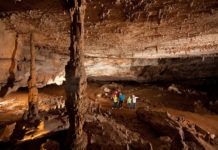 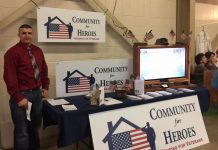 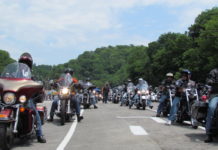