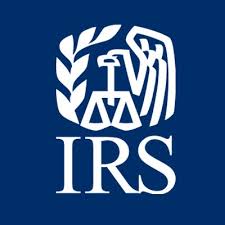 WASHINGTON – The Internal Revenue Service reminds taxpayers who pay estimated taxes that the deadline to submit their third quarter payment is Sept. 15, 2022.

In most cases, taxpayers should make estimated tax payments if they expect:

Special rules apply to some groups of taxpayers, such as farmers, fishermen, casualty and disaster victims, those who recently became disabled, recent retirees and those who receive income unevenly during the year. Publication 505, Tax Withholding and Estimated Tax, provides more information on estimated tax rules. The worksheet in Form 1040-ES, Estimated Tax for Individuals, or Form 1120-W, Estimated Tax for Corporations, has details on who must pay estimated tax.

When figuring 2022 estimated tax, it may be helpful to use income, deductions and credits for 2021 as a starting point. Use the 2021 federal tax return as a guide. Taxpayers can use Form 1040-ES to figure their estimated tax.

The Tax Withholding Estimator on IRS.gov offers taxpayers a clear, step-by-step method to have their employers withhold the right amount of tax from their paycheck. It also has instructions to file a new Form W-4 to give to their employer to adjust the amount withheld each payday.

To see if they owe a penalty, taxpayers should use Form 2210, Underpayment of Estimated Tax by Individuals, Estates, and Trusts. Taxpayers can also see the Form 2210 instructions under the “Waiver of Penalty” section. The IRS may waive the penalty if someone underpaid because of unusual circumstances and not willful neglect. Examples include: