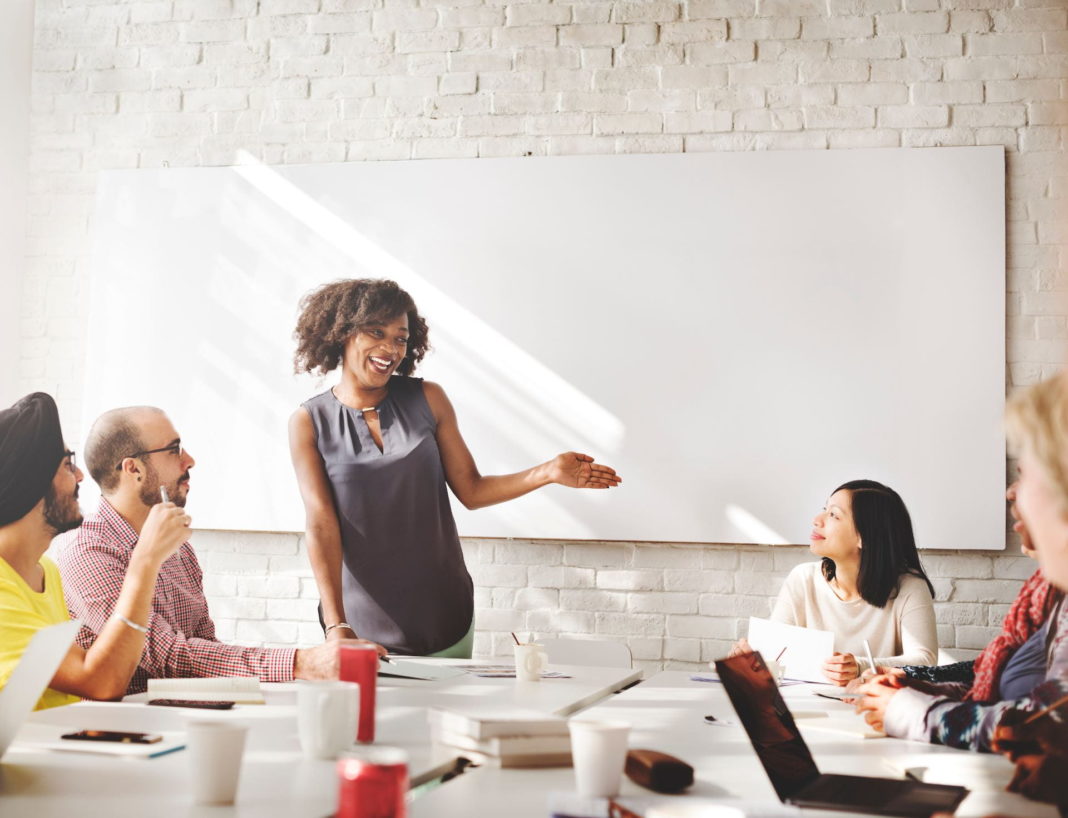 HOUSTON – Speaking up in front of a supervisor can be stressful — but it doesn’t have to be, according to new research from a Rice University psychologist. How a leader responds to employee suggestions can impact whether or not the employee opens up in the future.

Danielle King, an assistant professor of psychology at Rice, is the lead author of “Voice Resilience: Fostering Future Voice After Non-Endorsement of Suggestions,” which will appear in an upcoming special issue of the Journal of Occupational and Organizational Psychology. The paper explains how leaders can use language that encourages workers to offer more ideas in the future, even if their suggestions are not implemented.

After conducting two studies, King found that people who speak up at work only to have their ideas rejected by supervisors will nonetheless offer more suggestions later if their bosses respond properly.

“Given that many employee ideas for change cannot be endorsed, our results highlight the practical importance of providing sensitive explanations for why employee suggestions cannot be embraced,” she said. “Specifically, it is critically important for leaders to exhibit sensitivity in their communication with employees.”

The first study, with 197 participants, included a survey asking workers to describe a time when they gave their supervisor a suggestion that was rejected. They also answered questions about the adequacy of their leader’s explanation, how the experience made them feel and how likely they were to speak up in the future.

The second study, including 223 students, involved two 30-minute online surveys. In this experimental study, students worked as interns for a marketing firm that was developing advertisements for businesses frequented by other students.

Students who provided suggestions about the marketing materials received one of four responses, all of which indicated their boss didn’t agree with their advice. Those four responses covered a range of answers, from sensitive and well-explained to insensitive and poorly explained. The students then had a second chance to offer suggestions on different material.

King, whose future research will explore other forms of resilience at work, hopes this study will encourage more sensitive communication between leaders and employees.

“It would be useful for organizations to offer training and development for leaders on how to let employees down gently while encouraging them to speak up in the future,” King said. “As demonstrated in our study, explanation sensitivity led to employees opening up again. In addition, it may be valuable to help employees understand that extenuating circumstances sometimes prevent implementation of potentially good ideas. It also would be useful to provide justification for why complete explanations cannot be revealed for strategic or confidentiality reasons. If such explanations are delivered in a sensitive manner, this should maintain the type of leader-employer relationship that encourages employees to speak up in the future.”

The study was co-authored by Ann Marie Ryan and Linn Van Dyne from Michigan State University.