COOKEVILLE – If ever Dr. Ronak Jani needs professional advice, he won’t have to go very far outside his family circle to get it. That’s because Cookeville’s newest neurologist comes from a long line of physicians. His father, mother – and now wife and brother – all practice medicine.

Jani said it was an easy decision to follow in those footsteps, particularly after seeing his parents in action as a kid.

“I’ve always been interested in medicine, and I grew up watching both my parents. The way they treated their patients, it was an inspiration,” Jani said. “Both me and my brother were inspired by that.”

Except, unlike his parents, Jani’s path to becoming a physician took his from his native country of India to the United States. Once he completed medical school at Bharati Vidyapeeth’s Medical College in Pune, India, in 2003, he relocated to the U.S. for an internship in internal medicine at Brookdale University Hospital in Brooklyn, New York, followed by a residency in neurology at the University of Florida College of Medicine in Jacksonville.

His says his decision to specialize in neurology was also heavily influenced by family – his grandmother was diagnosed with Guillain-Barre, a rare disorder, in the early ’90s. Treatment options for her were extremely limited at the time, he said.

“I took that as a challenge,” he said. “It was a very disappointing experience. I wanted to learn more about neurology, find out if there was anything to cure this particular disease. It’s something that still remains very close to my heart.”

His studies in neuroimaging are also particularly unique – only a few hundred neurologists in the U.S., he said, are considered proficient when it comes to reading scans like MRIs, CTs and the like. It can be a benefit the patient – treatment can be administered more quickly, and with a greater context for the patient’s overall medical history.

“It’s rare. It’s fun for me because I can read my own scans and talk to my patient,” he said. “My background in neurology gives me a unique perspective since I already know the patient, as opposed to a radiologist who’s never seen them.”

Jani joined Cookeville Regional Medical Group in September, and in just a few months, has built a busy practice; the demand for neurologists nationwide is increasing, something Jani saw first-hand when he was interviewing for permanent positions. Along with Dr. Randy Gaw, he sees mostly outpatients and has a special interest in treating stroke, epilepsy and neuromuscular diseases.

He said CMRC has been a great fit so far.

“I considered several positions before I came here, but people are really friendly, and they make it feel like home,” Jani said. “The location’s great – my wife, who’s also a neurologist, is in her fellowship in Nashville – so it was important I remain close to her. I got the feeling that this is something that was going to very suitable. So far it’s been very positive.”

Dr. Ronak Jani is a neurologist with Cookeville Regional Medical Group. His office is located in the hospital’s Professional Office Building at 145 W. Fourth St., Suite 201. For more information, call (931) 783-5848. 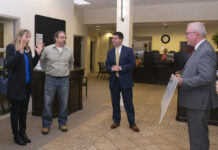 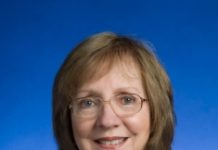