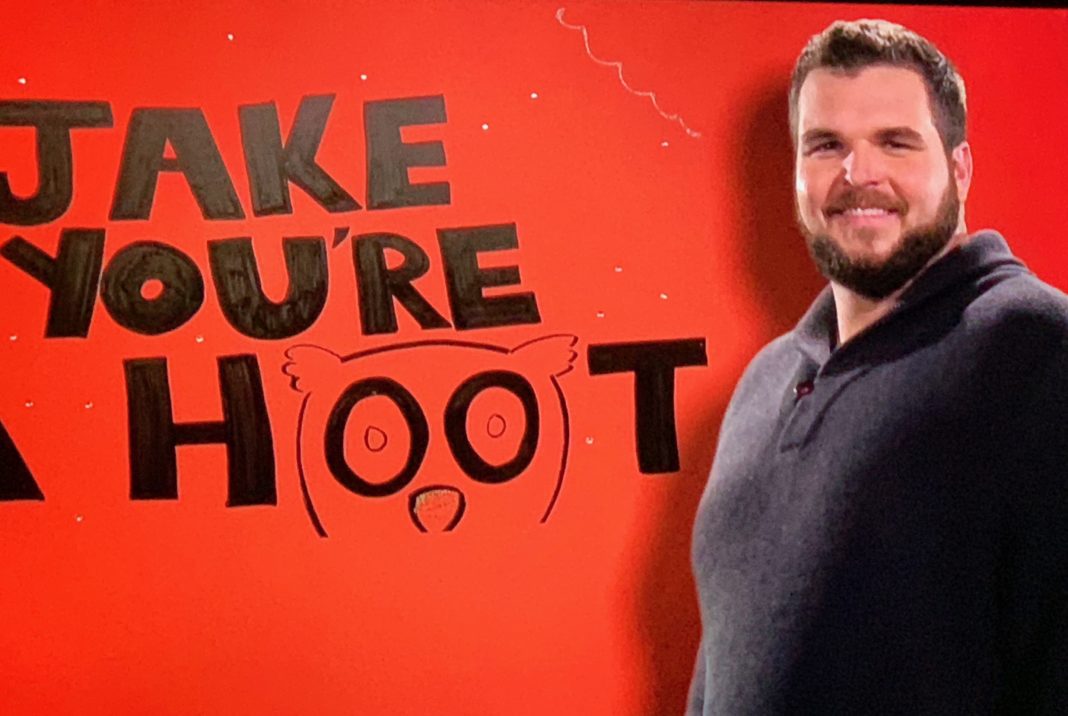 HOLLYWOOD – Cookeville musician Jake Hoot has secured his spot in “The Voice” Top 10 with an acclaimed performance of Trace Adkins’ “Every Light in the House is On.” Hoot’s song was the most streamed in the competition for the second consecutive week.

Hoot’s coach, Kelly Clarkson, remarked during their coaching session, “You have such a huge fan base,” referring to the Team Hoot – Fan Group Page of Jake Hoot that now totals almost 28,000 members.

“There’s such a light about you, and that’s why not only me and the rest of the coaches but America is just falling in love with you,” Clarkson continued. “You’re the nicest guy. You’re such a star.”

After Hoot’s live performance, Coach Gwen Stefani told Hoot that she had been a fan of his since the very beginning.

“I always thought you were a diamond in the rough,” Stefani said. “There’s something so comforting about your voice and so beautiful and powerful. With the confidence of having fans, you’re really getting there. I thought that was beautiful.”

“Every time you open your mouth to sing, I am reminded of every part of my childhood that was awesome. You’re just so nostalgic. You’re such a great storyteller,” Clarkson opined.

“You open your mouth, it’s like you naturally have a microphone in your throat, I don’t understand it,” Clarkson added. “It’s so beautiful, and you’re always so present, and you’re just a real great human as well. And I’m so blessed you’re on my team. I’m so happy about it.”

Hoot teased his fans during a FaceBook live event Tuesday night that next week’s song was one of his favorite songs to sing, and that it was one he had been dying to sing since the beginning of the process.

Clarkson was also eager to get Hoot started on next week. Hoot explained that last week, after surviving the cut from the Top 13 to the Top 11, while he was still on stage, he told her his song selection for next week, if he made it that far. Clarkson’s was excited because it was one of her favorite songs.

“So, it is Kelly Clarkson approved. We’ll see how it goes,” Hoot joked.

Next Monday’s “Official Watch Party” will be held at The Edge at Life Church, 2223 N. Washington Ave. in Cookeville. Doors will open at 6:30 p.m., and the party continues until 9 p.m., with #teamhoot shirts,#teamhoot tumblers, #teamhoot window decals and #teamhoot bracelets available to purchase, with the money donated to Upper Cumberland Habitat for Humanity, Cookeville Rescue Mission and the Nicaraguan Mission Bus Project that Hoot is affiliated with.

Watch Party organizers are asking fans to come dressed Monday night as a unicorn since the unicorn craze has taken hold and say, “Let’s show America what it means to be #hometown in the Upper Cumberland!”