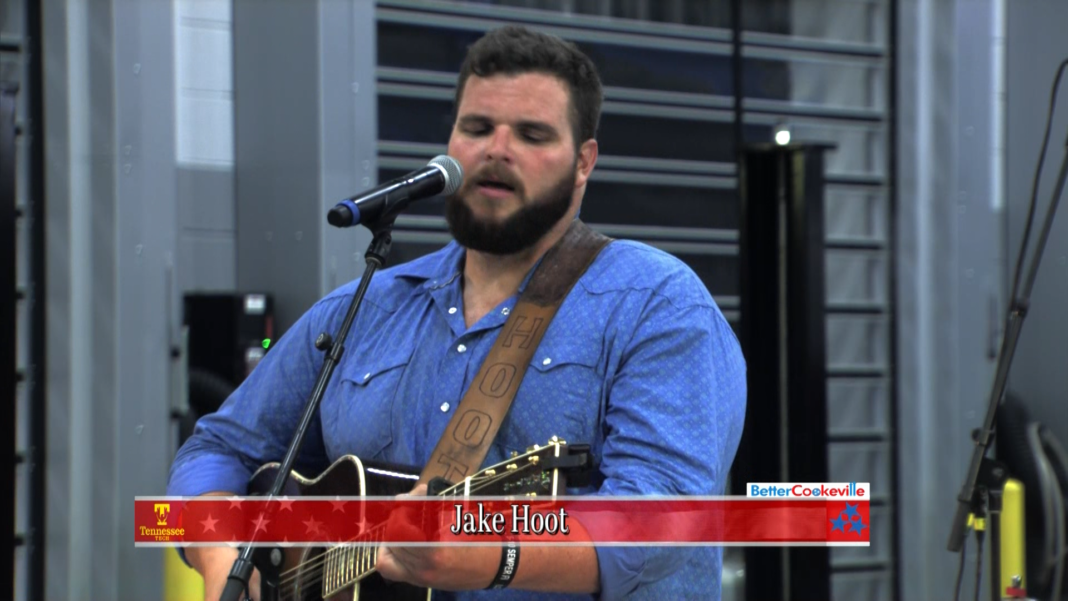 Program to air on WCTE PBS and WCTE’s Facebook page

COOKEVILLE – WCTE PBS will broadcast a “Hoot Before the Shoot” membership special starting at 7 p.m. on Monday, Sept. 7 on its main channel and via stream on WCTE’s Facebook page. The concert special features “The Voice” winner, Jake Hoot, along with Tennessee Songwriters’ Week Finalists The Smoky Nights and Atlanta-based Americana Artist of the Year Alex Guthrie’s performances from the Red, White & Boom July 4 concert at Ford Lincoln of Cookeville.

Red, White & Boom, in its sixth-year, honored tornado survivors, healthcare heroes, first responders and essential workers. The fireworks display was the largest fireworks show in the state of Tennessee this year and is featured in the “Hoot Before the Shoot” membership special show.

“WCTE is thrilled to produce a two-hour pledge show from the live concert we shot with Jake Hoot, Smoky Nights and Alex Guthrie along with Red, White & Boom celebrating the Fourth of July earlier in the summer,” said Brent Clark, Director of Content & Digital Media. “Support from WCTE members helps to make local productions like this possible.”

WCTE membership supports the local storytelling of WCTE original productions like, “Discover the Upper Cumberland,” “One on One with Becky Magura,” and “WCTE’s Live at 5.” These programs preserve and record the rich history and beautiful natural surroundings of our region and are only possible through the support of WCTE members.