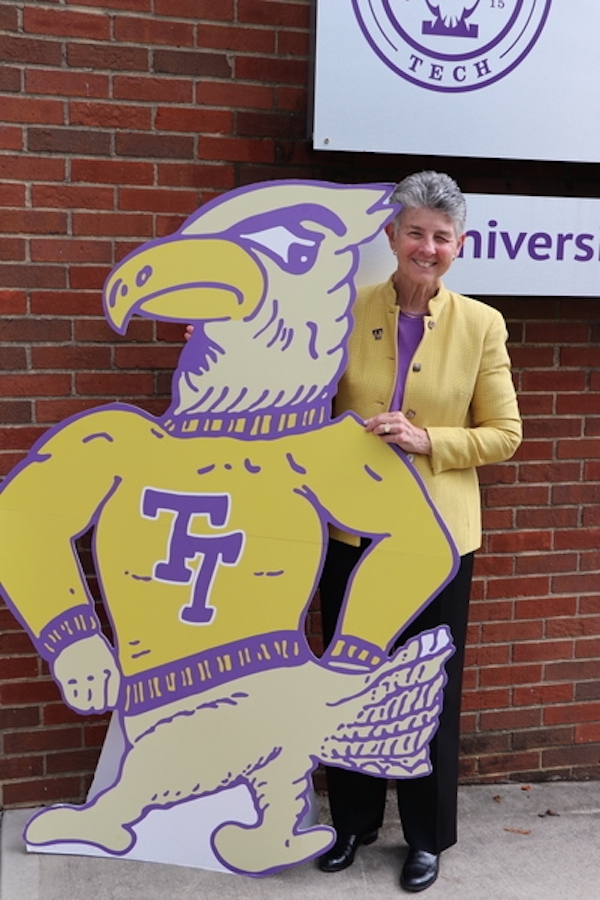 COOKEVILLE – After a successful career in intercollegiate athletics, Tennessee Tech University alumna M. Dianne Murphy, health and physical education ’72 B.S. and ’73 M.S., knew she wanted to give back to the institution that gave so much to her.

Murphy served as athletics director for both the University of Denver and Columbia University. During her 11-year tenure, Columbia won 30 Ivy League titles and a national title in fencing, and in 2013-2014, saw its most successful year with five Ancient Eight titles. In 2016, Murphy joined The PICTOR Group, an intercollegiate athletics consulting firm, as a senior partner and now assists athletic programs increase their effectiveness.

“I have always had a plan, but the original plan was to be a basketball coach. I wanted to give back to the sport I love so much and that did so much for me, but I realized I probably didn’t want to do that when I was in my 50s or 60s, so I decided early on that I would be an athletic director,” she said.

While Murphy was a student at Tech, she played on the first women’s basketball team. She was also involved in volleyball and tennis. During her master’s program, she had the opportunity to work as a graduate assistant coach under Marynell Meadors. She went on to earn a Ph.D. in administration, supervision and curriculum in physical education from Florida State University.

“It is easier now than it was then, but there were very few women as athletic directors, and I did everything I could do to prepare and break that glass ceiling in college athletics and be a division 1 athletic director,” she said. “Now you see more and more women in athletic administration, but I always knew that I wanted to be in higher education, and I wanted to be in college athletics.”

After being in intercollegiate athletics for what Murphy says feels like all her life, she knows how important a successful athletics program is for a university. This is one reason Murphy and Ottis Phillips, a Tech alumnus and friend, decided to do something about the current football stadium and nonexistent football operations center at Tech. During a Foundation Board meeting, which both are members of, the topic of the football facilities came up.

“Ottis and I said to President Phil Oldham and Athletics Director Mark Wilson we need to do something about this because it matters to the university. We can have a beautiful campus, which we do, we can have beautiful buildings, which we do, but an eyesore is our football stadium, and we don’t have a football operations center to help our football team,” she said. “When we think about important universities, not only do we think about academics, we also think about athletics.”

After that meeting, the two felt so strongly about having this become a part of the university, they needed to put their words into action. They now are partners in leading the fundraising efforts for a Football Operations Center on Tech’s campus, with the two being leading donors of the operation.

“I care deeply about Tennessee Tech and Tennessee Tech athletics, and the fact that they had a really caring faculty and people who really took an interest in me while I was a student, and not only faculty but the administrators. It prepared me to understand that you have to work really hard, you have to really focus, and you have to ask people for help when you need help, and people at Tech were willing to give you that. I think that they still are,” Murphy said.

“This is a reason that I am so involved with the university now and think it’s important to give back to the institution that gave so much to me. I give back so others will have the opportunities that I have had.”