UPPER CUMBERLAND – As Scott Pruitt, the now-former embattled director of the Environmental Protection Agency, wrapped up his last day in office Friday, July 5, action was taken that would allow the EPA to ignore a proposed ruling that slashed production at glider kit manufacturers. 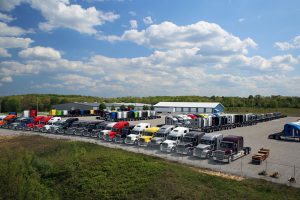 Known as Phase II, the emissions-conscious ruling capped glider kit production to just 300 units annually. The cap resulted in numerous jobs being trimmed from Upper Cumberland based Fitzgerald Glider Kits’ roster; whose production was reportedly slashed by 90 percent as a result of Phase II restrictions.

“After taking into consideration the public comments received as well as engagement with stakeholders, EPA has determined that additional evaluation of a number of matters is required before it can take final action on one or more aspects of the proposal,” Molly Block, EPA Press Secretary told the UCBJ.

In short, until a final ruling is provided, the EPA is considering what Block calls “interim steps to reduce severe impacts on the industry.”

Of those interim measures, the Agency would consider pushing back the Phase II compliance date to Dec. 31, 2019.

The second measure, Block says, consists of the EPA exercising enforcement discretion in 2018 and 2019 for small manufacturers who limit production to the interim cap established in 2017.

“Under the No Action Assurance (rule), a glider vehicle manufacturer that is a ‘small manufacturer’ within the meaning of the regulations promulgated in October 2016 will now be authorized, through EPA’s exercise of enforcement discretion, to produce in (the) calendar year 2018 up to, but no more than, an equal amount of the total number of glider vehicles that particular company had produced in the year that reflected the company’s highest level of production, between the years 2010 and 2014.

In its prime, Fitzgerald reportedly churned out more than 3,000 units annually.

The UCBJ reached out to Fitzgerald Glider Kits for comment but did not receive a response prior to publication. An update will be provided once available.