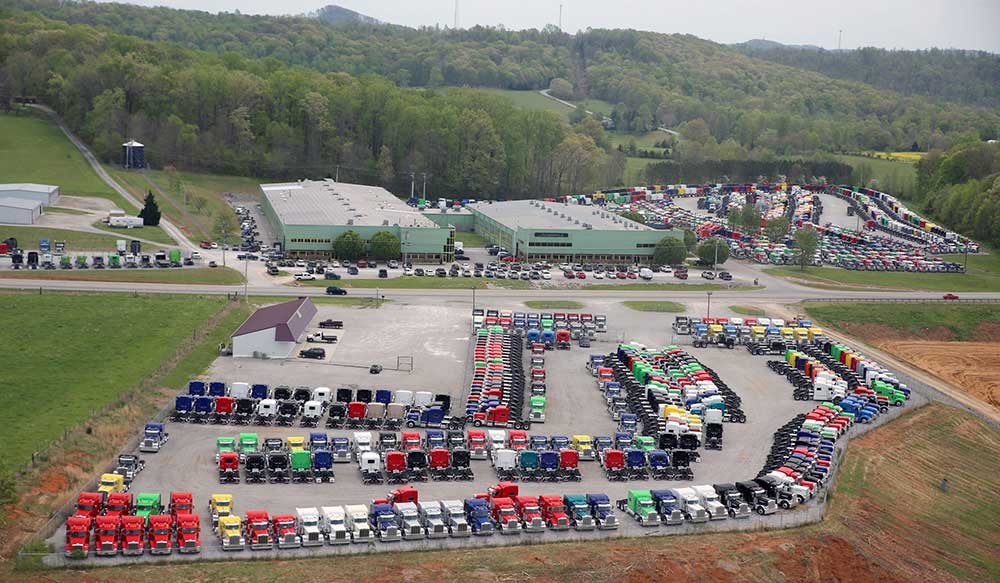 UPPER CUMBERLAND – It’s one of the region’s largest and fastest-growing employers. But an Obama-era Environmental Protection Agency (EPA) regulation, if left in place, stands to slash Fitzgerald Glider Kits’ production of its flagship product by nearly 90 percent.

The Jan. 5 deadline has come and gone for public input regarding the repeal of Phase 2 – an Environmental Protection Agency (EPA) rule regulating gliders as new motor vehicles. Now, all eyes are on the EPA for an official decision on whether or not Phase 2 – officially known as Greenhouse Gas Emissions and Fuel Efficiency Standards for Medium- and Heavy-Duty Engines and Vehicles – will be repealed.

“For the first time in history, the EPA sought to regulate gliders as ‘new motor vehicles.’ Gliders have never been categorized that way.” – Rebecca Smith, spokesperson for Fitzgerald Glider Kits.

Together, in August 2016, the EPA and the National Highway Traffic Safety Administration (NHTSA) finalized Phase 2 standards for those vehicle classes through model year 2027. In addition to classifying gliders as new motor vehicles, the final standards, according to the EPA, are expected to lower CO2 emissions, save vehicle owners approximately $170 billion in fuel costs and reduce oil consumption by two billion barrels over the lifetime of the vehicles sold under the program.

But Fitzgerald says its gliders are more fuel efficient, cost less than a new OEM tractor, experience less downtime, and are easier and cheaper to maintain. And, according to one estimate provided to the EPA, “rebuilding an engine and transmission uses 85 percent less energy than manufacturing them new.”

Each glider kit leaves the Fitzgerald production lines with a remanufactured engine or transmission. Special vehicle identification numbers (VIN) identify them as used and they are titled as used in the state of Tennessee.

Previously, the EPA reported glider vehicles accounted for 33 percent of the total nitrogen oxides (NOx) and particulate matter (PM) emissions for all heavy trucks on the road. However, a recent study conducted by Tennessee Tech University, and later cited by the EPA, states gliders emit less than 12 percent. The study also indicated the remanufactured engines used in gliders sold by Fitzgerald had greenhouse gas emissions equal to or even lower than those of OEM engines; achieving a 20 percent better fuel economy with a smaller carbon footprint.

“(Our trucks) are better for the environment than if you hadn’t gone through our process,” Smith said.

In August 2017, EPA Administrator Scott Pruitt announced plans to revisit the Phase 2 ruling, citing questions posed regarding the EPA’s authority under the Clean Air Act to regulate gliders as well as the accuracy of the data and technical analysis the agency initially used to support the requirements. In November 2017, Pruitt signed a proposal to repeal the Phase 2 standards.

If left in place, Phase 2 standards would limit glider production to 300 units annually; a dramatic decrease from the more than 3,000 units Fitzgerald says it churns out each year.

“(Fitzgerald) is a big economic engine for this area,” Smith said. “We wanted to make sure that folks understood that regulatory overreach is not just people in Washington D.C. moving words around. It actually has an impact on people and families.”

Fitzgerald Glider Kits and its affiliate companies employ approximately 400 to 500 people, Smith says – a far cry from the company’s early days as a one-bay shop located in Pall Mall, Tenn.

Tommy Fitzgerald, Sr. and his brother, Ricky, spent more than a decade as over-the-road (OTR) truckers before founding Fitzgerald Glider Kits in 1989. After being tasked by a local operator to remove crucial components – engine, transmission and/or rears – from a wrecked truck and transfer them to a new cab and chassis, the brothers saw there was a need for this more-affordable alternative to purchasing a new truck. That first transfer was a success and the rest, as they say, is history.

For now, it’s business as usual at Fitzgerald as the glider industry as a whole awaits a decision by the EPA.

“The glider kits are certainly the genesis of the Fitzgerald brand and we certainly want to protect it the best we can,” Smith said. “We’re fine, we’re meeting our customer orders and we’re projecting that that’s going to continue through the year and we’re going to be fine. We’ll continue to be involved in the conversation to whatever extent.”

No official timeline has been given for when a decision could be reached by the EPA though Smith estimates it could happen later in the spring.

“We have been a staunch advocate for the glider industry,” Smith said. “We have tons of customers that have joined us in that and vendors and other glider companies. Essentially, what we’re trying to do is make sure that we’re okay for the future.”