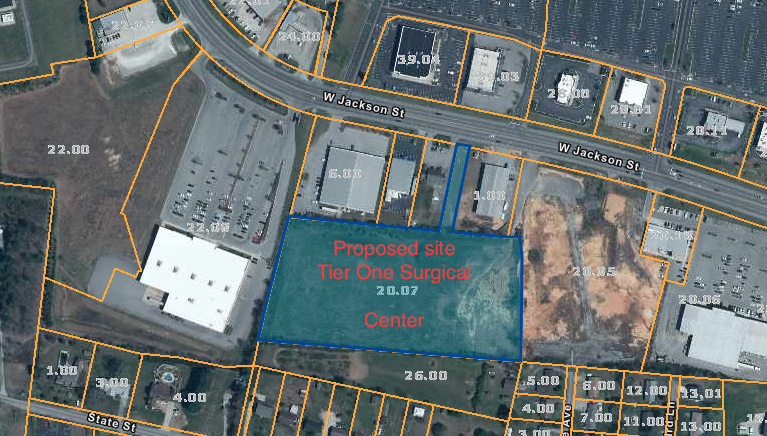 COOKEVILLE – Thursday night the Cookeville Regional Medical Center (CRMC) Board of Trustees voted to sign a Binding Letter of Intent to acquire a 20% interest in a new ambulatory surgical center to be built on West Jackson Street. The project will now be sent to the Cookeville City Council for approval and then will need to be issued a Certificate of Need by the Tennessee Health Services and Development Agency.

“We’re very close to having a hand and upper extremity physician join that practice, so anything we can do to help support that is a positive thing for the community,” Korth said to the Board. “This will give more accessibility for individuals in our community to have surgery, it frees up some of our OR time back at the medical center to do more complex cases that we would do.”

In a letter to Logan Grant, Executive Director of the Tennessee Health Services and Development Agency, CRMC CEO Paul Korth stated, “CRMC has long enjoyed a good relationship with the physician-owners of the applicant. The project is responsive to the regional need for additional ambulatory surgery center capacity for patients with musculoskeletal conditions. The proposed facility will provide a high-quality, cost-effective option for outpatient surgery and is thus beneficial to consumers.”

The Letter of Intent states the following:

The total project has a projected budget of approximately $20 million. CRMC will not have an ownership interest in the building and assets, only in the operation of the surgical facility and expects their portion of the project to be between $1-3 million.

On April 1, Tier One purchased a 7.21-acre property on West Jackson Street, behind Winnell Lee and adjacent to Kohls at a cost of $1 million in anticipation of the project.

Upon approval by the Cookeville City Council, CRMC will begin the six-month process of finalizing the binding contract. The surgical center is expected to be in operation in late 2024 or early 2025.