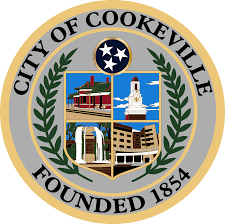 COOKEVILLE – What are the most important issues facing the city of Cookeville? For over half of the candidates running for a seat on the city council infrastructure and transportation issues are at the top of the list.

With the increasing population of Cookeville, more automobiles and congestion on city streets in an inevitable situation. Our candidates agreed with seven of the 11 candidates ranking infrastructure/transportation as the number one or two issue facing the city.

One candidate, Brian Jones, even considered improving traffic flow and “fixing the roads” as his number one and three issues.

Other candidates who felt that transportation/infrastructure issues were the most important issues facing the city include Ali Bagci, Chad Gilbert, Jordan Iwanyszyn, Mark Miller, Eric Walker and Lauren Wheaton. Lynda Loftis-Webb ranked infrastructure needs as the number two issue for the city.

Dealing with the homeless population is an issue that has troubled the city for the past few years. In an effort to solve the problem not just the symptoms of homelessness, the city has partnered with the Upper Cumberland Human Resource Agency (UCHRA) on a program to link the homeless with solutions to the problems that have resulted in their housing situation.

It is no surprise that Luke Eldridge and Dee Prince, who both work for UCHRA, felt that homelessness is one of the top issues that the city faces. Brian Jones also ranked it among his top three concerns.

Public health, safety and increasing police/firefighter pay was another area that Eldridge and Prince agreed was a top priority, with Gilbert also considering that as a top issue.

The direction of growth and development was a concern for both Jeremy Bowman, Eric Walker.

“As a city, we are at a crossroads on how we will plan and develop our city for the future as the needs of a growing community are met,” Walker answered. “We as a community should steer away from handing over the keys of the city to accelerated large scale outside development that will forever change our city, our landscape and our schools.”

Housing was another hot topic among candidates. Jeremy Bowman felt the rising cost of housing was the most important issue the city faced, with Luke Eldridge and Laurin Wheaton agreeing the lack of affordable housing is a major issue.

A top issue for Bagci was the ability to develop affordable housing while striking a balance between multi-family developments and single-family homes.

Jobs and economic development are seen as important issues for many candidates. Bowman feels there is not enough manufacturing jobs, while Miller feels the problem is a labor force shortage and Wheaton feels bringing higher earning jobs to the city is the issue.

Daycare capacity was the most important issue facing the city according to Miller. Prince, who is a father of eight, agreed that a lack of childcare for working families was a top concern.

Lowering the cost of living and tax rates was the number two issue facing the city for Iwanyszyn, who also thought that officials working together for economic development and community development was a top issue.

Maintaining transparency in tax spending was the most important issue that Loftis-Web felt faced the city.

Walker was the only candidate who felt that CRMC was a top issue. He said, “Meeting the needs of a growing community also impacts our city-owned hospital and the services CRMC provides. The challenge for the city requires finding a path to continue to expand the hospital while competing with larger healthcare corporations without added expense to the taxpayer.” 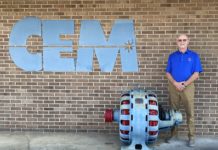