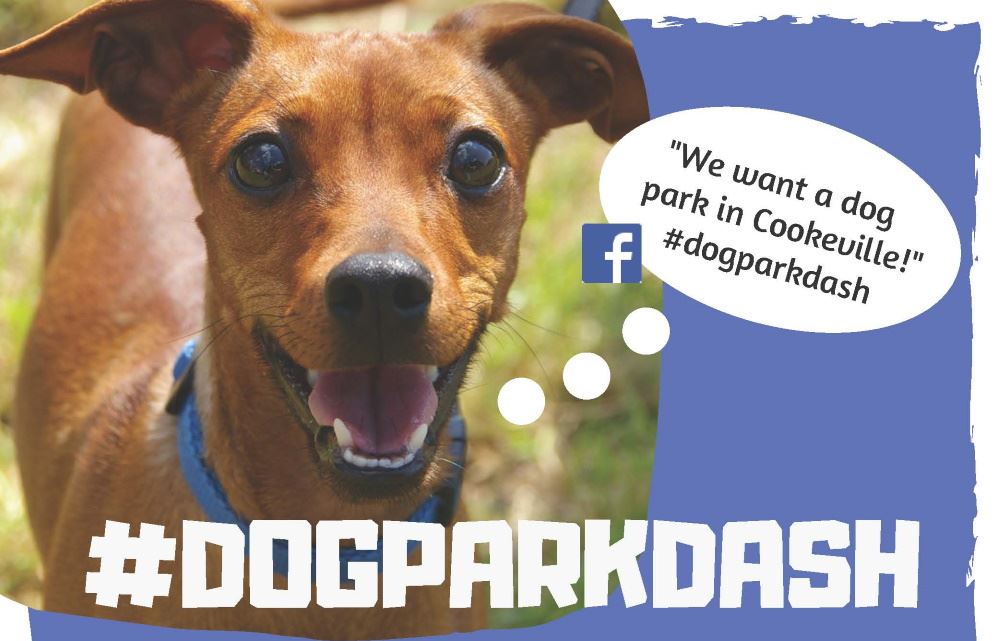 Now the city is getting a public dog park thanks to a $100,000 grant awarded by Tennessee Dog Park Dash, which is funded by the Boyd Foundation.

“We had over 50 cities compete to win,” Randy Boyd said during a Facebook Live announcement along with his wife, Jenny, on July 17. “…So, the communities who earned these dog parks worked hard to do so.”

Cookeville was one of two $100,000 grand prize recipients, the other being Columbia in Maury County. Twenty-eight other Tennessee cities are getting $25,000 grants to build or enhance dog parks in their communities.

The goal of the program, established in 2018, is “to make Tennessee the most pet-friendly state in America,” Boyd said.

The award announcement followed a community engagement period in June in which grant applicants and their communities were given an opportunity to show how much they wanted to receive a Dog Park Dash grant through social media posts using the hashtag #dogparkdash, letters of support and media coverage.

“We are excited and honored to have been selected as a recipient of the grand prize for Dog Park Dash,” he said.

How will a dog park benefit local dog owners?

“This will be the first public dog park in the city, giving dogs and their owners an off-leash place to play together and enjoy the company of other dog-loving families,” Woods said.

The proposed 1.5-acre dog park will be built on city-owned land within Cane Creek Park.

“We should begin specific layout and design work and specifications later this summer and move through that process to begin actual construction this year,” Woods said.

The dog park will include fenced-in areas for dogs to run free – separate sections for smaller dogs and larger dogs – as well as a variety of play components for dogs of all sizes, ages and abilities, benches and shade areas for both dogs and owners, watering stations, pet waste supplies and receptacles and a parking lot.

Woods said he appreciates those who supported the city’s effort to secure grant funding for a dog park.

“This grant would not have been possible without the community engagement component,” he said. “Thank you to all who supported this idea and grant application through letters, emails, social media posts and words of encouragement. It was a real team effort that enabled us to land this grant award.”

For more information about Dog Park Dash and the Boyd Foundation, visit www.dogparkdash.com.