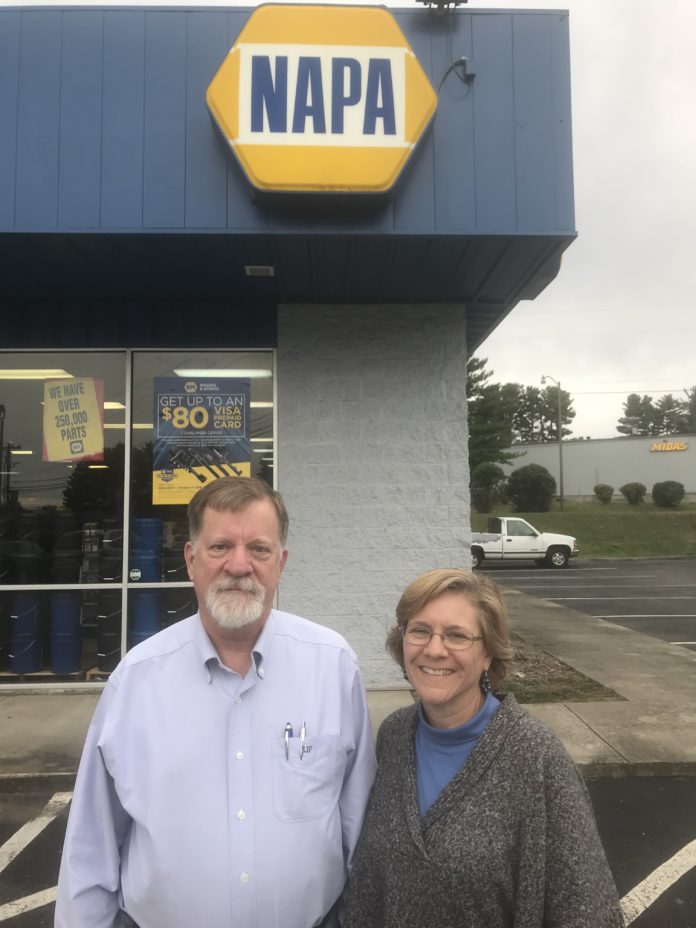 COOKEVILLE – Steve and Kay Phillips, owners of Phillips Auto Parts, the Cookeville NAPA store, are excited to announce that they are now serving customers with auto parts and bulk fluids in Crossville, Livingston and Jamestown with another new store set to open in the spring in Baxter. The new stores will operate under the name Upper Cumberland Auto Parts.

After deciding last spring to expand to the Baxter market, the Phillips purchased land and began looking at store layouts in preparation for the new construction. They had just settled on their plans when a new opportunity knocked.

“We were approached by NAPA corporate asking us to grow and expand into three markets that were no longer being served by NAPA,” said Steve Phillips. “I think highly of the NAPA customers in these areas and wanted to support the local garages that had come to depend on NAPA quality parts and service.”

The NAPA stores in Crossville, Livingston and Jamestown were previously owned by the Pugh family who decided to sever ties with the NAPA brand.

Phillips identified that bulk fluids was another market that had developed since the closure of Lamb Oil. Working directly with a refinery, the new NAPA stores can provide bulk fluids/oil products in addition to standard auto parts. Mineral fluids, antifreeze, def fluid, hydraulic fluids, grease and motor oil in all weights are available in 5-, 55- and 275-gallon containers.

How did the Phillips family get to this point? Thirteen years ago, Steve and Kay left their corporate jobs at Hewlett-Packard in Atlanta to follow in a family tradition of owning a NAPA store. They took the NAPA directory of stores for sale and began visiting each one.

“The other thing about Cookeville was that everything was here,” added Kay Phillips. “We felt that we wouldn’t have to leave town to shop. I don’t have to go shop in Nashville or Knoxville.”

The Johns family, still in Cookeville, founded the store in the 1940’s. The original store charter hangs on the wall in the office to this date.

NAPA Auto Parts of Crossville opened in early October at 81 Cumberland Plaza.  They can be reached at 931-787-1516. There are plans underway to move the Crossville store to a larger space once renovations are completed in January.