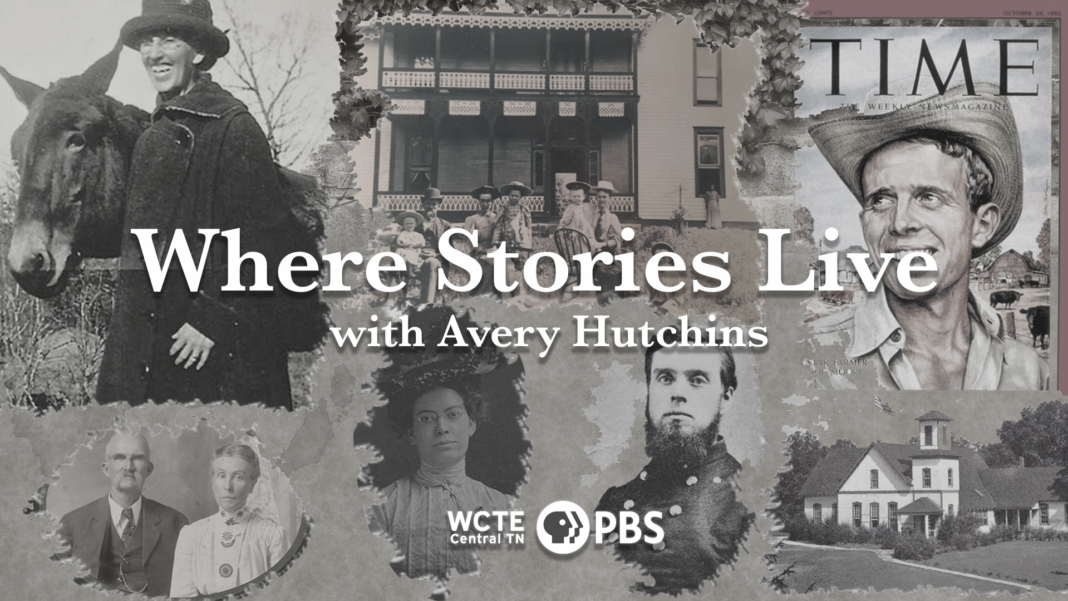 COOKEVILLE – Join Avery Hutchins, President and CEO, for the premier of WCTE PBS’s newest show, “Where Stories Live,” Thursday, Sept. 1, at 7 p.m. This new series features unique and sometimes forgotten history of the Upper Cumberland conveyed through real life experiences and even local folklore. The first episode will feature Dr. May Wharton, a female doctor in the 1920’s whose arrival, perseverance and expertise changed healthcare on the Cumberland Plateau forever.

“This new series has captured the rich history of our region through the eyes of the locals,” Hutchins said. “The stories you will see aren’t from the history books but from local experiences and the folklore that has been passed from one generation to the next.”

The series is in collaboration with the Tennessee Tech University History Department and Michael Birdwell, Ph.D., who passed earlier this year. WCTE PBS’s Josh Deepan is the producer for the new series. Deepan is a recent University of Tennessee graduate and has been with WCTE since last summer. This is the first series Deepan has produced for WCTE PBS, but he has worked on “Wish You Were Here,” “It’s Your Business,” “Interact” and several live broadcasts.

“Where Stories Live,” will take a unique, deep dive into the rich, historical homes and other structures from our region and the stories that live there. Each story will include a historic tour, a deeper look into the lives of the people, the historic relevance and the significant events that may have occurred. The documented or undocumented stories will be told by the locals in their own words or as they were experienced. The monthly show will air each first Thursday night of the month at 7 p.m., with subsequent encore airings. The show will also stream on Facebook or live TV by visiting WCTE.org.

Television station in a 75-mile radius of Cookeville, TN., making it a strategic partner in education, health services, government, arts and music. WCTE is a 501(c) 3 and is owned and operated by the Upper Cumberland Broadcast Council. WCTE Central TN PBS is one of only 350 PBS member stations nationwide.