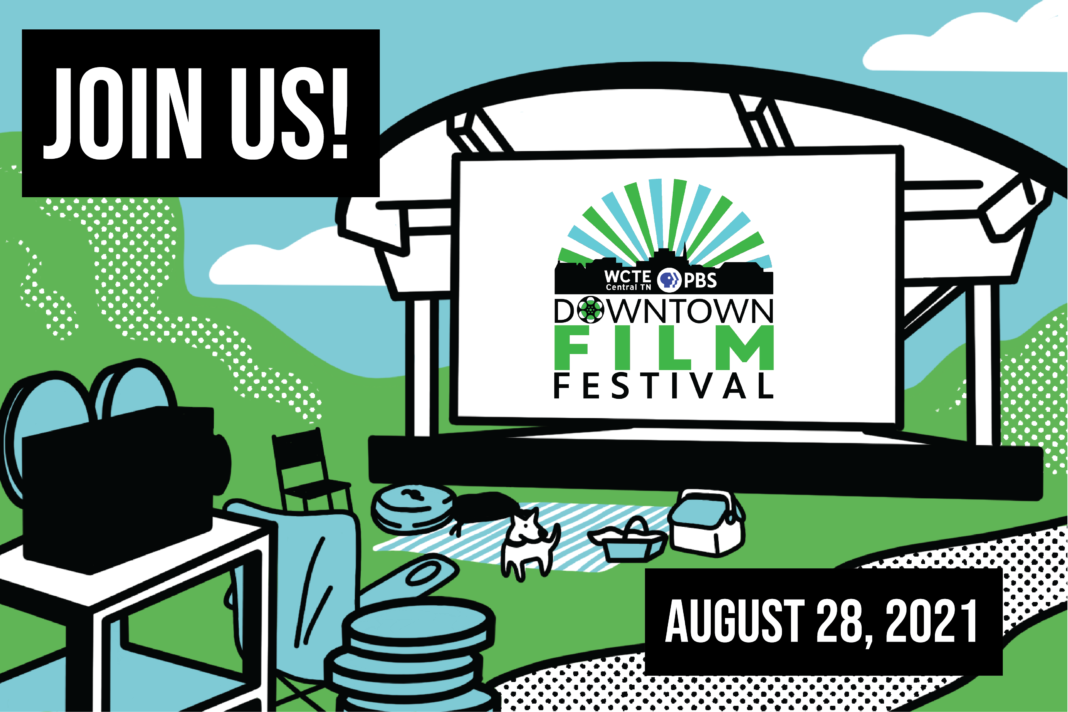 COOKEVILLE – Visitors to this year’s WCTE PBS Downtown Film Festival on Saturday, Aug. 28 will enjoy an amazing lineup of locally produced films by award-winning journalist and filmmakers. In addition to the films, participants can participate in producer talkbacks where they engage in conversation about the films, preview the festival’s winning films and be among the first to see Ken Burns’ latest film, “Muhammad Ali,” in Dogwood Park after dark. Attendees will stroll the Cookeville Westside after dark and watch the buildings come to life with illuminated videos projected on the buildings showcasing local American Portrait stories.

Award-winning journalist and filmmaker Demetria Kalodimos will host a filmmaker’s talkback after showing her new film, “The Meaning of Life is This: Chris Gantry Stories, Song and Sermons.” Winner of 16 Emmys, three Investigative Reporters and Editors (IRE) National awards and three Edward R. Murrow Awards for investigative reporting, Kalodimos will be joined by Tennessee filmmaker Patrick Sheehan who will intro his new film, “The Day the Music Stopped,” which is scheduled to premiere this fall at the Nashville Film Festival and is a collaboration between Sheehan and Kalodimos. No stranger to filmmaking, Sheehan received several awards including the Sundance Film Festival 2019 for “Always in Season,” the 2011 Los Angeles Movie Awards best director and Award of Excellence for “Man in the Glass: The Dale Brown Story,” Best Music Film in 2018 from IndieMemphis and Birmingham’s Sidewalk Film Festival Audience Choice Award Best Documentary for “Gip.”

LaTonya Turner, a Nashville broadcast journalist and producer for over 15 years, will feature her film “Facing North Jefferson Street.” The film will be followed by a talkback by Tuner and filmmaker Mark Schlicher. Schlicher has worked with the CMA Music Awards and Warner Brothers Records and has produced documentaries like “This Moment in Country – The Country Music Hall of Fame, Star Experience” with Tim McGraw, “Alive at Brushy Mountain” starring Mark Collie and Tim McGraw among many others. The duo’s talkback will provide an in-depth view of how they have taken historical moments, places or people and reunited them with the present through storytelling. Schlicher is currently working on “Chipping Away: The life and legacy of sculptor William Edmondson.” A clip from his work will premier at the festival.

A series of six short films titled “The Hindsight Project” will be shown during the film festival. “The Hindsight Project” explores the cultural shifts, community ingenuity and pivotal conversations defining this moment in Americana. It is a collaboration between Reel South, Firelight Media and Center of Asian American Media (CAAM). The films’ initiative focuses on supporting Blacks, Indigenous and persons of color (BIPOC) filmmakers living in the American South and U.S Territories.

WCTE is offering a special 50% off discount to UCBJ readers by using the code h5f1lm when tickets are purchased.

For more information about the WCTE PBS Downtown Film Festival or to buy your tickets, visit wcte.org/filmfestival.  Proceeds from the Film Festival support WCTE PBS.