October’s not seasonally adjusted unemployment rate for October was 3.7 percent, the same as the previous month. Tennessee’s all-time low unemployment rate was 3.2 percent which the state recorded for five consecutive months between September 2017 and January 2018.

It has been over 40 years since the region has fared this well when compared to the state average unemployment numbers. 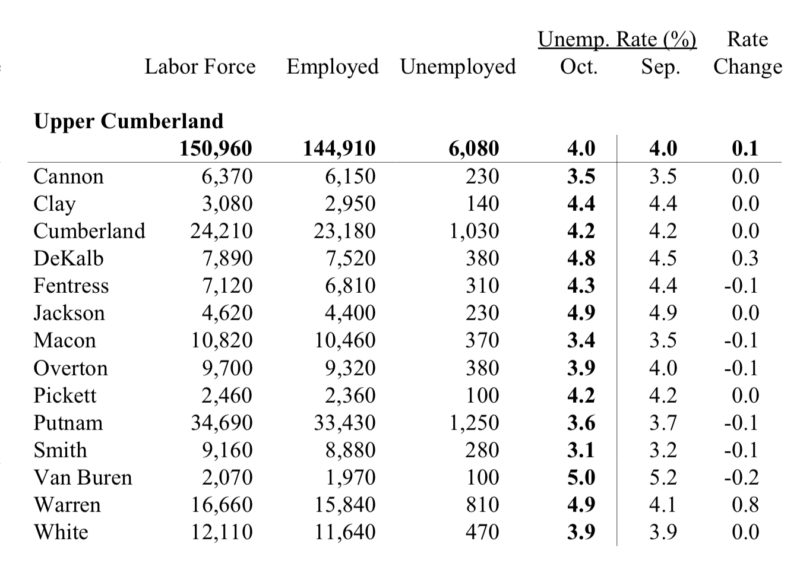 “Our current unemployment rates are as low as they have been since the early 70’s,” explained Henry Bowman, Upper Cumberland Development District research analyst. “Back in the early 70’s we typically ran low and we ran below the state average then too.” 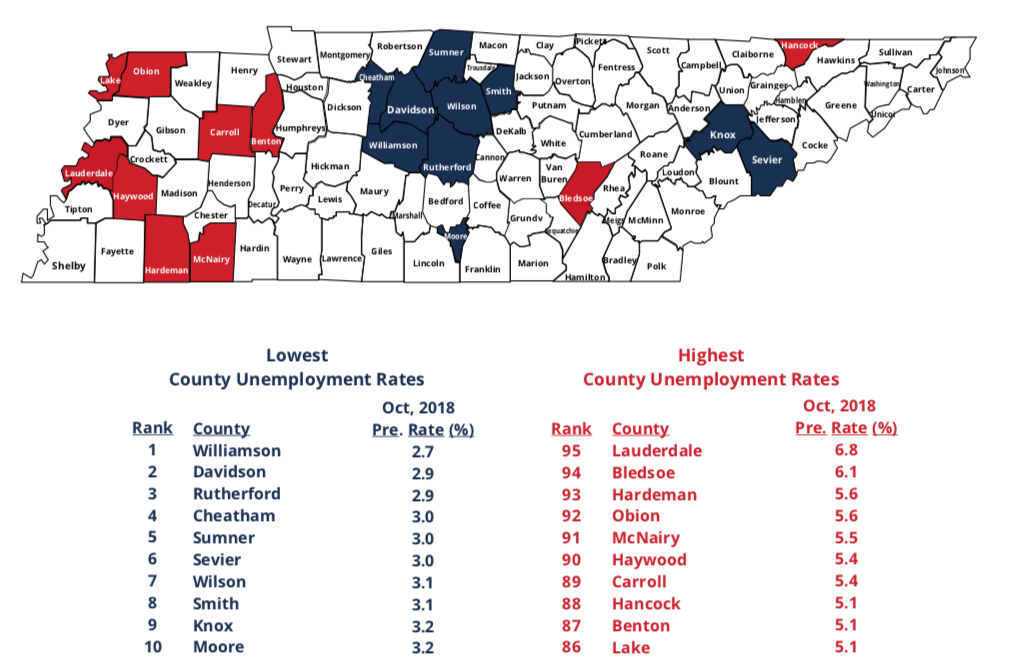 “Tennessee’s low unemployment continues to prove how well the state’s economy is performing,” Haslam said. “The business-friendly environment we’ve created over the last eight years, plus our low taxes and skilled workforce make Tennessee a place where companies want to move or expand.”