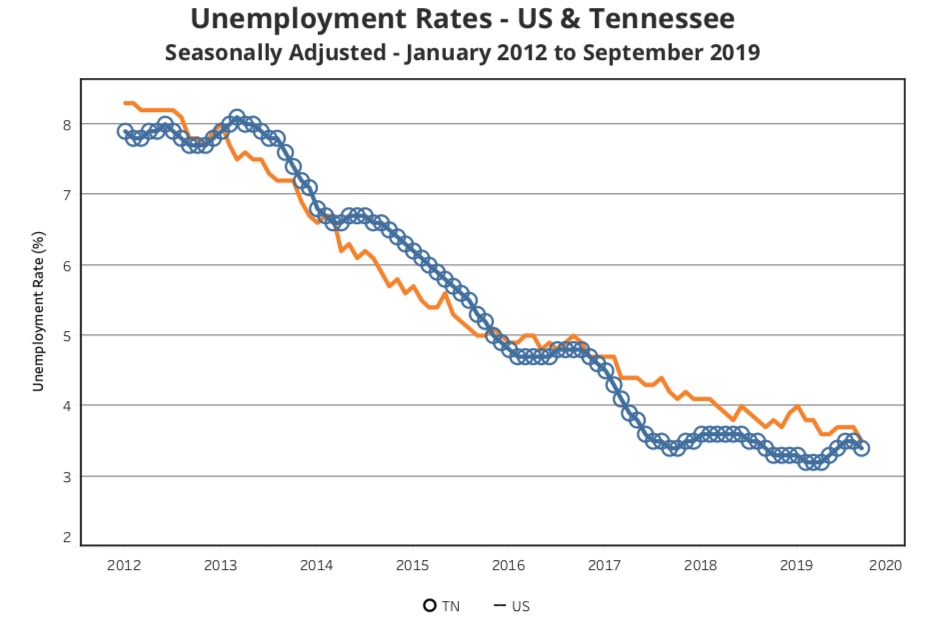 NASHVILLE – For the month of September, unemployment dropped in every county in the Upper Cumberland and in 90 of 95 counties statewide according to newly released September 2019 data from the Tennessee Department of Labor and Workforce Development (TDLWD).

Rates were lower than the September 2018 rates across the Upper Cumberland except for Fentress and Warren counties which experienced increases of less than .2 percentage points and Clay County which had a 1.3 percentage point increase over last year.

The three counties within the Nashville-Murfreesboro Metropolitan Statistical Area (MSA) again had the lowest unemployment rates with Smith at 2.7% being the lowest in the Upper Cumberland, followed by Macon at 2.8% and Cannon at 2.9%.

The Upper Cumberland’s three distressed counties had the highest unemployment in the region with Clay at 5.6% and Fentress at 4.1% and Jackson at 4.0%.

Statewide total nonfarm employment increases 3,700 jobs between August and September. The largest increases occurred in the leisure/hospitality sector, followed by the professional/business services, and other services sectors.

Over the last year, nonfarm employment across Tennessee increased by 48,200 jobs. The leisure/hospitality sector experienced the largest increase, with the professional/business services, and manufacturing sectors seeing the next largest increases in new job.