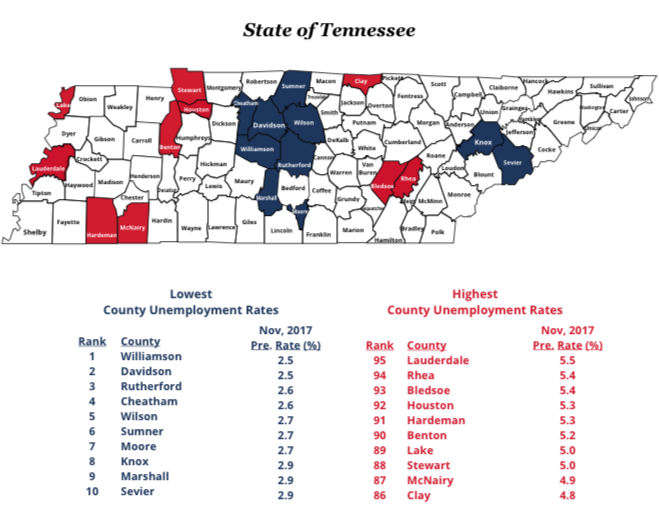 UPPER CUMBERLAND – Unemployment numbers across the region continued to climb northward in November but, on average, are still significantly lower than the figures reported for the same period in 2016.

Last week, the UCBJ reported the state’s unemployment rate climbed to 3.1 percent; up a tenth of a percentage point over the previous month and halting the state’s streak of record-breaking low rates, month after month.

While the county-by-county unemployment rates are up slightly across the UC, November’s rates are still significantly lower than those reported this time last year.