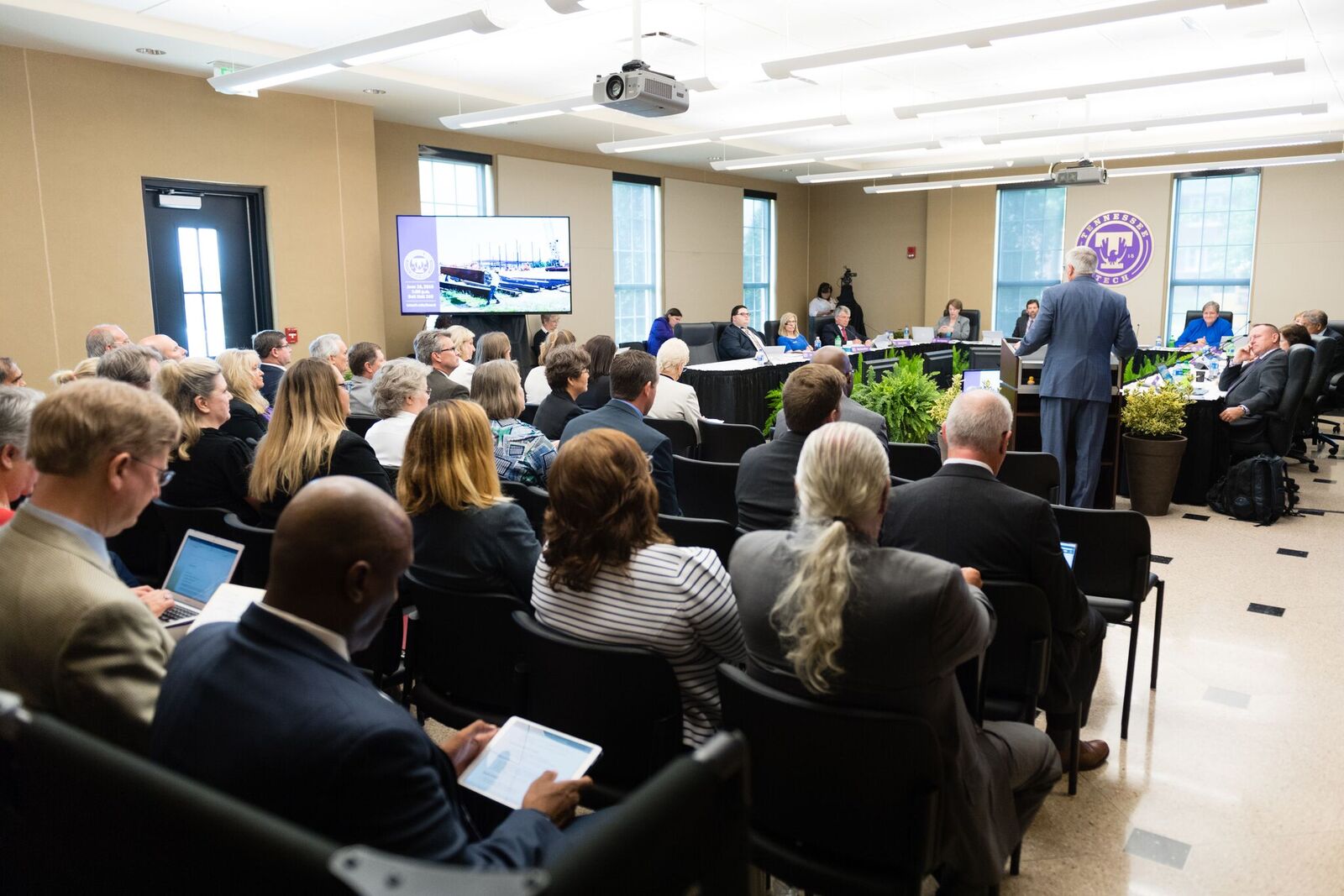 COOKEVILLE – Full-time undergraduates attending Tennessee Tech University will see their tuition increase by 2.66 percent. The university’s Board of Trustees approved the measure Tuesday during its regular quarterly meeting.

Beginning in 2018-2019, undergrads taking 12 credit hours will now reportedly pay $3,930 per semester, an increase of $102 compared to the previous academic year. Out-of-state-students will also absorb the base tuition hike, but will not see an increase in the additional out-of-state tuition of $7,932 per semester.

A more affordable option compared to some of its peers, Tech is also seeing a record number of graduates.

“We’ve had the second record-year of graduates from Tennessee Tech, posting over 2,500 graduates this past year,” Oldham said.

Enrollment, which has seen a slight dip in recent years, is holding steady as higher education facilities across the state navigate the challenges of scholarship programs such as Tennessee Reconnect and Tennessee Promise. The scholarship programs, which can reduce or even eliminate a student’s education costs to attend a community or technical college,are an attractive option for both traditional- and non-traditional students considering a post-secondary education.

More than 10,500 students enrolled at Tech for the Fall 2018 semester, including more than 1,750 new freshmen. Preliminary estimates indicate the freshman class for the approaching 2018-2019 academic year stands to be the university’s largest since 2013.

In an effort to step-up the university’s recruitment game, Oldham announced plans earlier this year to visit with high school students in all of the state’s 95 counties. To date, he’s already visited 16 counties – including all 14 in the Upper Cumberland region – and has spoken to roughly 700 high school students across 25 Tennessee high schools.

In addition to increases in tuition fees for some, all students can expect to see an increase in select mandatory fees including the SOLO student fee and a student mental health wellness fee – a total of $26 for 2018-2019.

Earlier this year, THEC (Tennessee Higher Education Commission) established a binding range of zero- to three-percent at universities, colleges, and TCAT centers. According to THEC, tuition and mandatory fees have increased an average of 3- to 4-percent annually in the last five years; this while state appropriations have increased an average of nearly 6-percent each year.

Though not bound by THEC’s rate cap, Tech’s Board of Trustees also approved a $140 increase in graduate maintenance fees for the approaching school year. That fee covers up to 10 credit hours per semester for a total of $5,020; a 2.9-percent increase.

The board also approved the 2018-2019 budget of $158.7 million, including approximately $1.75 million set aside to cover the state-mandated 2.5 percent payroll increase, which will be used in accordance with the university’s performance-based compensation plans. Salaries account for more $70 million of the budget, with more than $34 million in the faculty category alone.

“That’s the seventh-consecutive budget cycle that we’ll have had with salary increases,” Oldham said. “Very few institutions in the country can claim that kind of strength of improvement in salaries … We continue to be committed to increasing the salaries of all employees, faculty and staff at the institution.”