COOKEVILLE – Crowds of local residents lined the streets in Cookeville on Tuesday to welcome The Wall That Heals as it made its way to the Putnam County Sports Complex, the location of the only Tennessee stop of the national tour, one of only 38 in the U.S. After a day of construction, spectators and veterans from across the state gathered this morning at the complex for an official unveiling of the 375-ft traveling replica of the Vietnam Veterans Memorial Wall.

Tennessee Department of Veterans Services Commissioner Many-Bears Grinder served as keynote speaker for the event. After inspiring and heartfelt remarks of appreciation for Vietnam veterans, Grinder read the names of the nine Putnam County veterans listed on The Wall of more than 58,000 ultimate sacrifices.

“These names represent so much more than we can ever imagine, but we must do our best to pause and think of the families left behind, the dreams that were never realized and all that we gained by the selfless sacrifices of these heroes,” Grinder said.

Country music star and area resident Aaron Tippin, along with wife Thea and son Tom, provided the soundtrack for the event with Thea singing the National Anthem and the trio sharing an acoustic rendition of Tippin’s hit song, “Where the Stars and Stripes and the Eagle Fly.”

To round out the patriotic agenda, Challenger, an American Bald Eagle was on-hand as well. Cared for by the American Eagle Foundation, headquartered at Dollywood, Challenger serves not only as a symbol of freedom but as an ambassador for his species, raising awareness for the need to restore and protect America’s eagles, natural resources, and environment.

County Executive Randy Porter, instrumental in securing The Wall’s visit to Cookeville-Putnam County, served as emcee for the ceremony, noting the patriotic pride of the community and the honor in hosting such an inspiring exhibit of American history.

A wreath-laying ceremony followed, accompanied by helicopter flyover and the playing of Taps. A wreath was placed for each of the nine fallen soldiers from Putnam County. One additional wreath, on behalf of the Tennessee Department of Veterans Services, was placed by Grinder in honor of all Tennesseans listed on The Wall. She was joined by husband Ernie, a Vietnam veteran, and special guest Marlyn Bonacker, a World War II and Korean War veteran.

Cookeville-Putnam County is among the first to host a new, larger exhibit which includes a three-quarter scale Wall replica that is 375-feet in length and stands 7.5 feet high at its tallest point. For the first time in the history of The Wall That Heals, visitors will be able to do name rubbings of individual service member’s names on The Wall.

Special honor is provided for the “Hometown Heroes” of the region via digital display in the Mobile Education Center. Those from Putnam County are nine of the 65 Upper Cumberland names on The Wall.

A printed program for guests to The Wall features the nine fallen soldiers from Putnam County as well as highlighting events and heroic heritage points-of-interest throughout the region, including the gravesite of Spec James Thomas “Tom” Davis, the Vietnam War’s first casualty, buried less than 20 miles from where The Wall That Heals.

Static displays of military vehicles, including a Cobra helicopter, add to the all-American feel of the four-day event. Welcoming school students, motorcycle groups, car clubs and individuals from across the southeast, The Wall That Heals and its accompanying Mobile Education Center will offer free, public viewing, 24-hours-a-day until the closing ceremony Sunday, 1 p.m. CT, April 22.

For more information regarding schedule of events, lodging discounts, and more, go to VisitCookevilleTN.com/TheWallThatHeals. 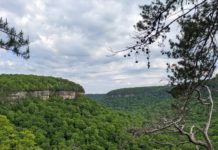 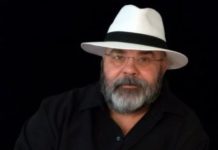