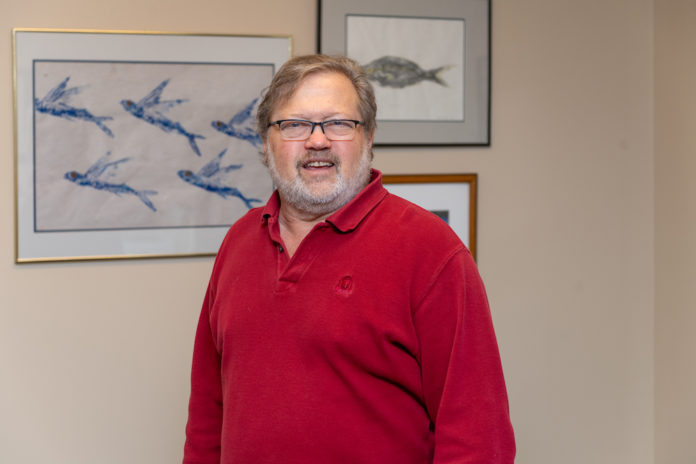 COOKEVILLE – It has been more than a century since the formal removal of Native American tribes from their traditional territories. Since then, decisions by government agencies and structures have impacted their way of life with little input from Native Americans themselves.

For Jeff Schaeffer, director of the Water Center at Tennessee Tech University, that input is an important part of research he and his colleagues are doing with Native American groups.

“Very often, research and support of the tribes would take the form of ‘Hi, we’re from the government. We’ve identified a problem and we’ve got a proposal that we’ve written and please sign this letter of support,’” Schaeffer said.

Schaeffer and his colleagues at Tech decided on a different tactic. Instead of telling the members of Native American groups that they’ve found a problem and are going to fix it, they meet with the native people, form relationships and ask what problems they want help solving. Only then do the researchers step in to offer assistance.

“It’s more respectful and it’s really fun, because we get to learn about their culture, their traditions and their traditional ecological knowledge,” Schaeffer said. “The Cherokee and many Native Americans, especially the elders, are very good observers of nature and they have very detailed knowledge of the resources that they work with. And that knowledge is now being included as science develops.”

One such project he is working on with the Cherokee people is working to save a rare fish called the sicklefin redhorse. The fish is sacred in their tradition, used for both food and ceremonial purposes. Tech faculty and students are working with the native peoples to help revitalize the numbers of the fish which has declined drastically in recent years.

Schaeffer and other researchers are also working with Ojibwe groups to study wild rice that the natives call “manoomin.” It likewise is a resource used for food with religious significance. According to legend, their ancestors received a prophecy to travel west until they found the place where “food grows on the water.” It took seven generations to reach the Great Lakes, where many of the tribal groups now harvest wild rice. Manoomin is now declining all across its range and no one knows why.

“We hope to learn more about why the wild rice is declining and what we can do to restore lost populations,” Schaeffer said.

“Cherokee women are some of the most expert farmers on the planet,” Schaeffer said, “And so if the people are interested, we’re going to develop a study to look at them and find out exactly how unique they are.”

Most of these projects are just getting underway, with COVID-19 slowing down progress this past year. Many native elders lost their lives in the pandemic, taking with them a great deal of wisdom. Researchers have been communicating with the groups extensively through Zoom in attempts to keep face-to-face contact to a minimum.

However even with these struggles, Schaeffer is excited about the potential of working together with the Native American groups.

“Working with tribes is especially rewarding – both personally and professionally rewarding – because we’re getting good science, but it’s also a chance to help people and work toward righting wrongs of the past,” Schaeffer said. “When I work with the tribes, I learn something every day.”