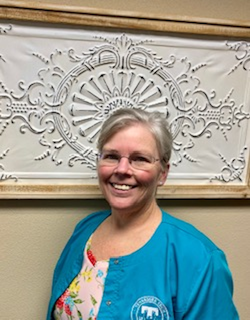 TENNESSEE TECH – “Sometimes our struggles make us who we are.”

As the assistant director of Tennessee Tech’s J.J. Oakley Health Services who received her master’s degree in nursing administration during Tech’s 2021 Fall Commencement, Kim Williams is a professional success. But her struggles make her story much more to anyone who wonders if happy endings ever come after a bad start and a lifetime full of challenges.

Williams didn’t take part in the commencement. She’s has been serving on the front lines in the battle against COVID-19. But earning the right to walk across the stage is no less sweeter, because her journey could have been derailed almost any day since it began.

“I grew up in central California in a home of a father and a mother who were addicts,” said Williams. “I grew up in an unstable situation. So, I met a man who I thought was the answer. I finished the 10th grade. We ran away to Las Vegas of all places.”

Williams married the man at age 16 and found herself in an abusive relationship, physically and emotionally. But, even in the worst of times, there was one seed that had been planted.

“Luckily I had a grandmother who I loved dearly and she loved me,” said Williams. “She instilled the importance of learning. She told me, if you can read, Kim, you can do anything you want to do. Makes me kind of choke up just to think about her.”

Williams says her grandmother also helped nurture two other important things, her faith and her desire to help others.

“Since I was a little kid, I would tell Grandma I want to be a nurse, or I want to be a missionary,” said Williams.  “Even as a child I wanted to take care of things.”

Williams stayed in the abusive relationship until she was 19.  She says one day her husband came home from work and beat her while his brother watched.  That was the turning point.

Williams found a job working at a nursing home making $5 an hour and says she loved every minute of it. Her parents had kicked their addiction, and she moved to Tennessee to help her mother take care of her grandmother. Williams got her GED and went to work for Fleetguard in Cookeville, where she met her husband, Vinceson, who she’s been with for almost 25 years.

She says it was her husband who announced one of them needed to get out of the factory, so she went to nursing school and got her LPN degree in 2001. Along the way, the couple adopted two boys. Once the boys grew old enough to be somewhat independent, Williams got the nudge to get her RN degree.

“Our director of health services, Leigh Ann Ray, has been a friend for a long time,” said Williams. “She said you’ve got what it takes, go back to school.”

So, Williams did.  First to Nashville State, then to Tennessee Tech, where she says she became the mother of the class.

“It’s something when you walk into a class of 19- and 20-year-olds and it’s like, oh my gosh, I’m in here with my kids,” said Williams. “You nurture them along, wipe a lot of tears and pray a lot.”

Williams earned her bachelor’s degree from Tech in 2015. Her goal all along was to be a nurse practitioner. That would require going for a master’s degree. It took six years, working full time, going to school part time and raising a family. She finished her courses in July, ironically the same month her grandmother passed away.

“My grandma was the best thing in my life,” said Williams. “It was good everything came around, and I broke the cycle.”

Williams says talking about her past is painful, but it’s necessary. She says it’s important to share what she endured.

“I think there are people that might hear my story and say you know what, today’s the day I’m going to get out of this,” said Williams. “I do think that we all have a purpose and I think we all have a story to tell to help someone else. This is my story.” 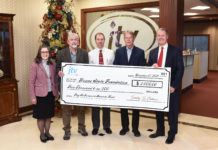 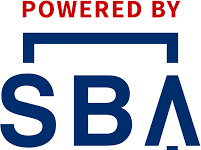 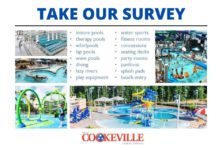 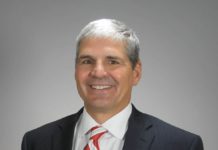