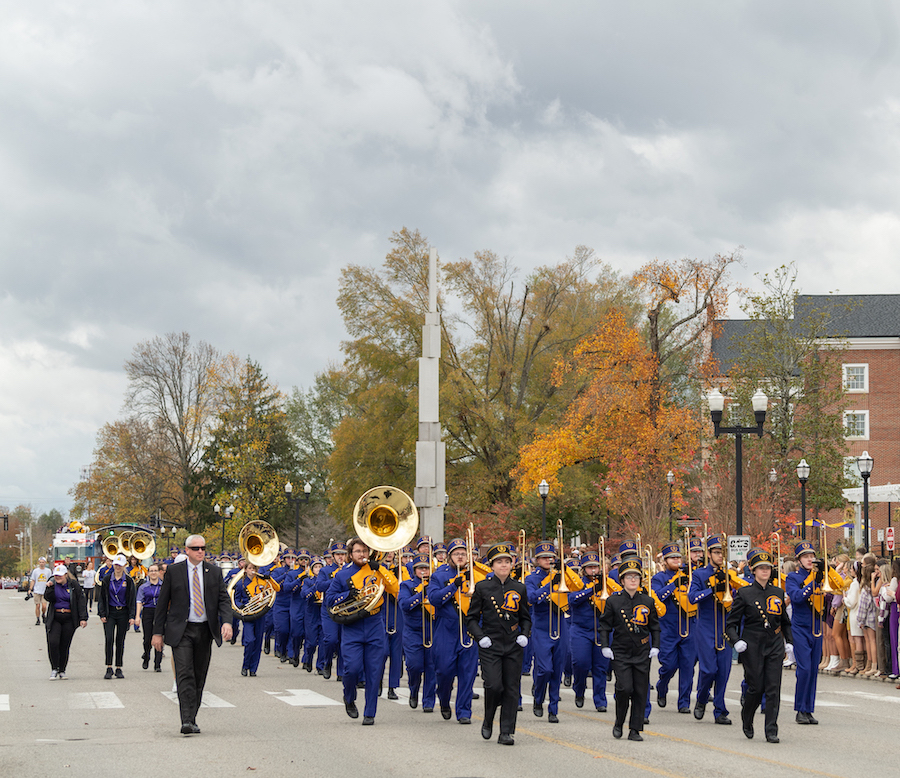 GEMB isn’t just a way to show school pride, but an outlet for music and non-musical majors alike with the common thread being a love of and dedication to music

Cookeville — At Tennessee Tech University the Golden Eagle Marching Band is an important part of campus culture, performing at school concerts, football games, pep rallies and increasing student involvement. The band is made up of dedicated students who put in countless hours for their love of music.

Tech’s GEMB is a corps-style university marching band that performs for a variety of athletic, campus and community events. It averages 150 players yearly, and incorporates students pursuing academic degrees from practically every department on campus. The band entertains thousands of fans each year with custom drill designs and music arrangements.

The GEMB isn’t just a way to show school pride, but an outlet for music and non-musical majors alike with the common thread being a love of and dedication to music.

Kim Phillips is a current member of the GEMB and has made music a part of her life since elementary school when her best friend asked her to join band with her, she responded, “only if you don’t quit on me.”

Phillips fully intends not only to keep music in her life, but to also make it her career as she is currently in her senior year of music education with plans to teach music. It takes up a large portion of her time. She is in marching band class is six hours a week, is in residency teaching music to middle schoolers, and tries to get in an hour of practice every day.

“My favorite part of band is being around so many like-minded people,” Phillips said.

Abby Lane is another music major participating in the band this year. Her love of music is quite clear as she started playing the clarinet in the sixth grade. She likes to practice, “any spare moment I get,” even aspiring to become a band director, and she is currently working as the band’s conductor.

Lane pointed out that her love of conducting and music isn’t the only thing she gets out of the band.

Although music majors make up much of the band, many students who are not studying music but participated in marching band in high school or play an instrument join as a way of continuing the experience.

Aside from the six hours a week of marching band class and all the school games and concerts that participants attend, anyone signed up for marching band must attend a band camp one week before the fall semester to ensure students are prepared for band season.

“Seeing how far we’ve come along,” is one of Lane’s favorite parts of marching band. The progress made should be no shock given the amount of time and effort students and faculty have been putting in all season.

The goal of the GEMB is to provide its members positive, life-long experiences through participation and performances that build self-esteem, leadership and trust.