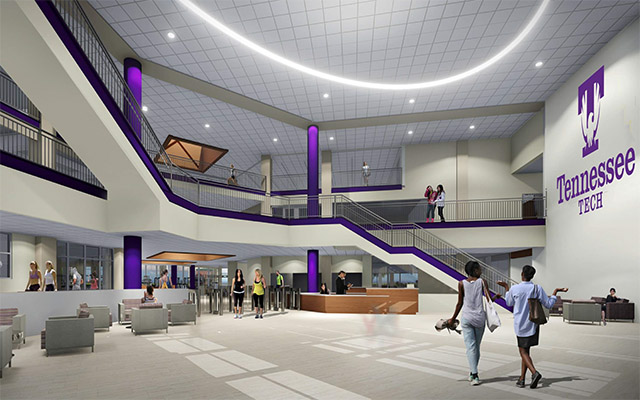 The new rec center “will greatly expand the fitness and recreation opportunities for Tech’s students,” per a media advisory. It will stand twice as large as the current fitness center, built in 1991, and include state-of-the-art equipment, including a climbing wall, racquetball courts, gym courts for leagues and intramural play and an indoor leisure pool and whirlpool.

Tech students voted in 2013 to increase fees to pay for project, which was expected to cost around $40 million, according to 2015 estimates, David Mullinax, fitness center director, told the UCBJ. The university’s population has grown considerably, pushing the current rec center to capacity.

The center, which will be built on the corner of Willow and Seventh, across from the Pizza Hut, is expected to be completed by fall 2019.