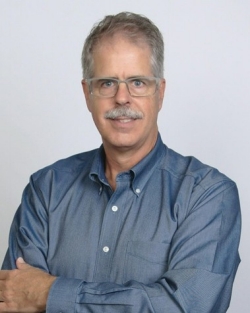 Tidwell has more than three decades of leadership experience in the public and private sectors, along with extensive involvement in conservation groups at the local, state and national levels.

He is known largely for his leadership at tire manufacturer Bridgestone Americas, where he was instrumental in developing conservation education programs at tire factories, including award-winning certified habitat conservation centers at company plants.

Tidwell’s record of leadership includes serving as a board member and president of Radnor Lake State Park, board member and treasurer of the National River Network, board member of the National Wildlife Federation, and chairman of the Tennessee Conservation League, which is now the Tennessee Wildlife Federation. He has also served as a contributing member of TN H20, a state initiative to secure the future of the state’s water resources.

“We are fortunate to have someone with such a distinguished record of achievement to fill this important role for our state,” Salyers said. “Greer has been a leading voice for conservation in Tennessee. We look forward to leveraging his deep knowledge and experience to build on the success of our nationally renowned state parks system while taking our conservation efforts to new heights.”

Tidwell has served as vice president and senior director for client services for Brown and Caldwell, an engineering and construction firm focused on the environment, since 2021. He is an experienced engineer and attorney with relationships with local governments, statewide agencies and national wildlife and conservation groups.

Tidwell served as general counsel for TDEC from 1995 to 1997, where his responsibilities included providing employment, safety, and contract and visitor-related legal support for Tennessee State Parks, as well as enforcement, compliance and oversight for all environmental laws and rules.

Tidwell received a doctorate degree in law from Vanderbilt University and bachelor’s degrees in engineering from Baylor University and Tennessee Technological University. He replaces Jim Bryson, who recently was named commissioner of the Tennessee Department of Finance and Administration.