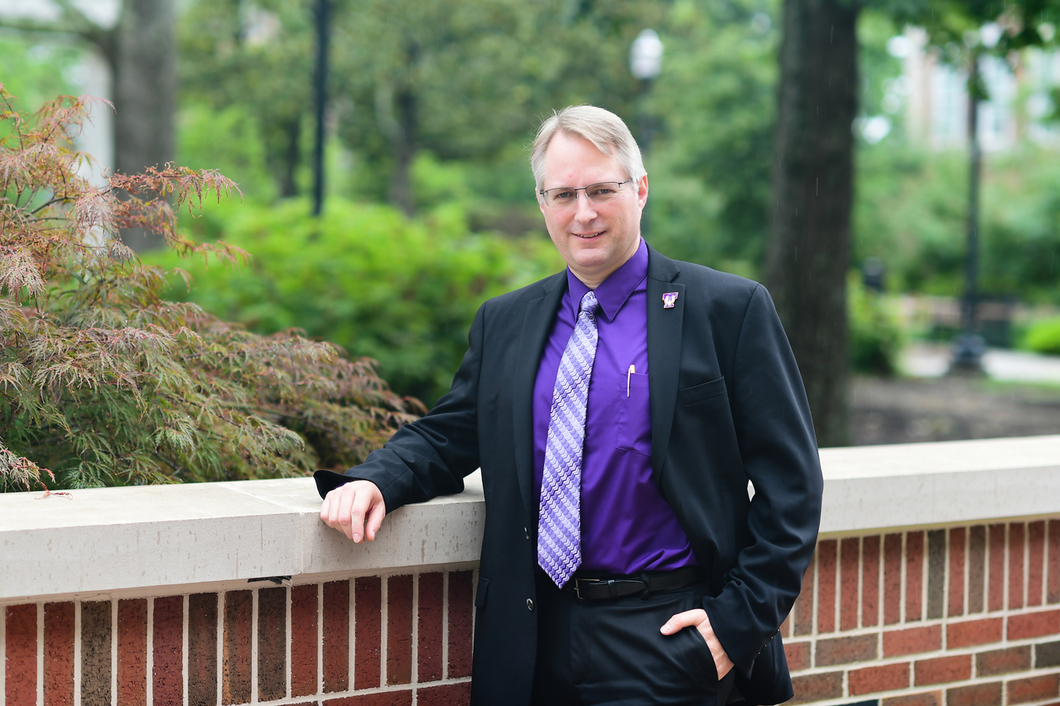 COOKEVILLE – Perhaps it is only fitting that the high school in Bellbrook, Ohio, where Joseph C. Slater has lived for the past 26 years and where two of his three children attended, has a mascot that is a golden eagle and school colors that are purple and gold.

That makes it much easier for Slater to get used to the mascot and the school colors of Tennessee Tech University where he now serves as the new dean of the College of Engineering.

“This region reminds me about the best of the places I have lived,” said Slater, who has also lived in central New York. “I like the small-town nature. This area looks a lot like where I grew up.”

Slater comes to Tech from Wright State University where he spent 26 years and served as an administrator for eight years, most recently serving as chair of the Department of Mechanical and Materials Engineering.

“Dr. Slater brings to us a focus on undergraduate and graduate education, strengths in research and garnering external funding, and a commitment to serving the students, faculty, and staff of the College,” said Tech Provost Lori Bruce.

Slater received his B.S. and M.S. degrees in Aerospace Engineering, and Ph.D. in Mechanical Engineering from the department of Mechanical and Aerospace Engineering at the State University of New York at Buffalo. He is a Fellow of ASME, Associate Fellow of AIAA, and a member Tau Beta Pi, Sigma Gamma Tau, and Phi Eta Sigma. He is a member of the AIAA Structural Dynamics Technical Committee and a former member of the AIAA Gossamer Spacecraft Program Committee.

His research interests are dynamics, finite element modeling, control, and model identification and validation. He has worked in the fields of UAV control, turbomachinery dynamics, fatigue, aeroelasticity, spacecraft dynamics and control, and vibration damping.

“This isn’t a university that is overly skewed towards one aspect or another. It’s very balanced,” said Slater. “Our faculty are very involved in research and so are our students.”

On July 1, Slater took over as the dean of Tech’s largest college with more than 2,400 undergraduate and graduate students enrolled during the spring of 2019.

“I’ve got to do the boring part of going through the enrollment and financial data. I have to learn how everything operates,” Slater said. “I come from a different system. Some things are done well, and I have some insight on where things can improve. I’m going to be learning and listening to everyone that I can.”

“I would like to actually get us to work more collaboratively so that faculty, students and staff in the college and across campus are working with a more collaborative spirit,” Slater explained. “In the long term, we want to elevate the stature of Tennessee Tech.”

“Tennessee Tech has a fantastic tradition,” said Slater. “There is great school spirit and support in the community. That passion really excites me. Everyone supports the school and I like that team environment.”