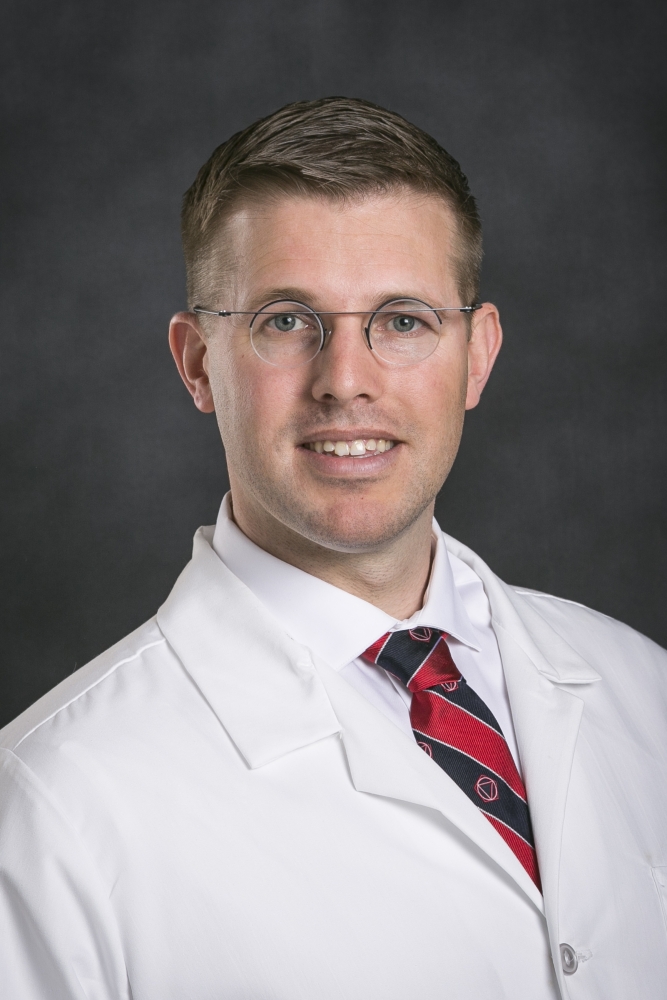 COOKEVILLE — Vascular surgeon Dr. Michael Sywak is one of 2,350 surgeons from around the world who were recently inducted as a Fellow of the American College of Surgeons.

This year’s class of inductees was among one of the largest ever admitted into the college.

“It is an honor to be named as a Fellow of the American College of Surgeons,” said Sywak. “Since joining the medical staff here at Cookeville Regional Medical Center in August 2019, I’ve seen the vascular program come a long way, becoming director of the vascular lab where we open up blood vessels in the body. We also enrolled in a national quality system that monitors our progress and we just come to term on our first award for vascular quality. We received our first gold star, but there is always room for improvement, but getting everyone on board to provide the highest quality of care here at the hospital is a great thing.”

Sywak earned his medical degree in 2011 from St. George’s University in Granada, West Indies, in 2011. In 2019, he earned board certification from the American Board of Surgeons in general surgery, followed by becoming board certified in vascular surgery in 2021. He has a strong professional interest in endovascular and vascular surgery and holds membership in other professional societies, including the Society of Vascular Surgery.

CRMC CEO Paul Korth is proud of the strides the program has made.

“Dr. Sywak has brought so much to this facility and now adding the FACS to his name brings an even higher quality to the vascular program,” he said.

An applicant for Fellowship must be a graduate of an approved medical school, completed advanced training in one of the 14 surgical specialties recognized by the College, have certification by an American surgical specialty board or appropriate certification by the Royal College of Physicians and Surgeons of Canada, and must have been in practice for at least one year at the time of his or her application.

40 more mentors needed across the UC