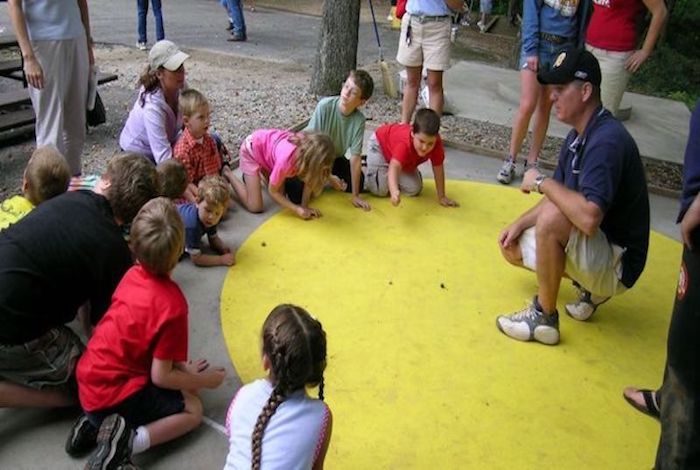 HILHAM – Standing Stone State Park will host the National Rolley Hole Marbles Championship and Festival on Saturday, Sept. 16, drawing some of the country’s best players to Tennessee in what is known as the Super Bowl of marbles. In its 35th year, the event will include kids’ games, marble making, a swap meet, tournament play, demonstrations, food and a music festival.

“The National Rolley Hole Marbles Championship is the world’s most challenging marble tournament, where only the finest players in the world compete,” Shawn Hughes, Park Ranger and Coordinator of the Rolley Hole Championship said. “It’s been a great event for the park as it is so unique – the only one of its kind in the world.”

According to Hughes, this one-of-a-kind in the world event attracts players from different states and countries each year and has been featured by ESPN, ABC Evening News, Sports Illustrated, Charles Kuralt and CBS, the Smithsonian Institution, CNN, National Geographic, Southern Living magazine and more.

The game of marbles is an ancient and universal pastime. Rolley Hole is a folk game similar to croquet. It will be played by the rules of the National Rolley Hole Marbles Championship, on a dirt yard that measures 40-by-25 feet. The strategy comes by determining the best way to keep opponents from making the hole, which often requires skillful hard shots against their marbles, sending them ricocheting across the yard.

“Rolley Hole is a folk game that combines golf, pool, croquet and the strategy of chess, but dead aim is needed and you have to have a pretty strong thumb,” Hughes added. “Some of these players can hit a marble 10-12 feet away nine out of 10 times.”

“Standing Stone is the only state park with a marble yard, mainly due to the fact that some of the best players in the United States hail from Tennessee’s Clay County and Monroe County in Kentucky,” Hughes said. “What’s unique about the game is that players can range from ages eight to 70, so it’s designed for all ages and abilities.”

In addition to a day full of marble fun, the 35th Annual National Rolley Hole Marbles Championship event will include seven hours of live bluegrass, blues, and old-time music. This year’s music festival lineup features Uncle Shuffelo & His Haint Hollow Hootenanny. Also performing at the festival will be the Rockdale Ridgerunners, Avery Trace, Lonesome County Line and Kentucky Just Us. The lineup also lists the likes of Trenton Caruthers, Mike DeFosche, and Conner Vlietstra. There will also be a tribute to the music of the late blues musician and marble maker Robert “Bud” Garrett, with special sets by Robert Eskew.

Standing Stone State Park is located 10 miles north of Livingston, just off Highway 52 near Celina, and covers nearly 1,000 acres on the Cumberland Plateau of north-central Tennessee. The quaint and rustic park is noted for its outstanding scenery, spring wildflowers, fossils and other natural diversity.

The park takes its name from the Standing Stone, an eight-foot tall rock standing upright on a sandstone ledge, which was supposedly used as a boundary line between two separate Native American nations. When the rock fell, a portion of it was placed upon an improvised monument to preserve it. The stone is still preserved in Monterey today. The park also has a 69-acre lake, beautiful rustic cabins, a campground and 10 miles of hiking trails.

For more information about the festival and Standing Stone State Park, visit http://tnstateparks.com/parks/about/standing-stone or contact (931) 823-6347.