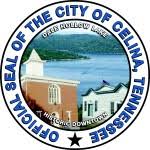 CELINA – Tonya Spearswas sworn in as Celina mayor on April 9 following theunexpected resignation of Joey Rich due to health reasons. Spears, who had served as vice-mayor, received the most votes in the 2017 election of city aldermen. She is the first female to hold the office of mayor in Celina and will serve the remaining two-year term vacated by Rich. Celina is accepting submissions for those interested in being considered for appointment to fill Spears’ alderman position.