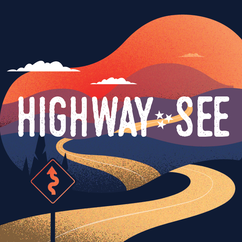 NASHVILLE – The podcast series, “Highway See,” has released its second episode sharing the fascinating history of our roads and bridges. Episode 2 of Highway See reveals the origin of Tennessee’s roads, and Smith County native Auburn Swann will discuss her 1st place demonstration winning entry in the 4-H district competition titled “How Tennessee’s Roads are Built.”

Listeners will learn about the build-out of early roads going back to historical texts which cite the 1700s, 1800s and early 1900s. Highway See is centered in telling the seldom heard stories of how our road network was built and where.

Highlights of Highway See Episode 2 include:

The podcast is narrated and hosted by Chris Hill of HumblePod. Episode 2 features these guests:

“The idea of Highway See is to share the history behind the roads we all use, with a goal to better understand how roads are crucial to our continual mobility and advancement,” said Alcorn. “Roads are known to not only expand our economy and connect us to faraway places, roads have intrinsically shaped our state.”

The slogan for the podcast series is “We hope you’ll see the highway when you’re on the road.”

Anyone can follow or subscribe to the Highway See podcast for free through Apple or Google podcasts, Spotify or wherever they get their podcasts. Listen anytime at HighwaySee.com.