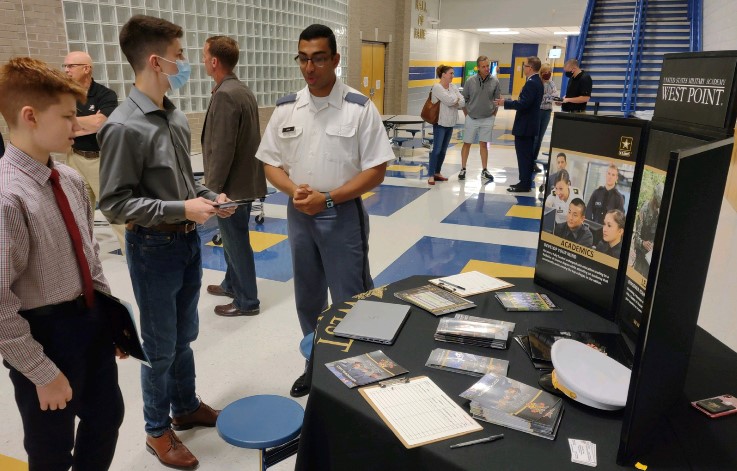 The event was open to middle and high school students interested in learning more about the appointment process to four of the five United States Service Academies including the U.S. Military Academy at West Point, U.S. Naval Academy, U.S. Air Force Academy. and the U.S. Merchant Marine Academy. The fifth service academy, the U.S. Coast Guard Academy, does not require a congressional nomination for appointment.

Students had the opportunity to hear directly from representatives of several of these prestigious academies, as well as recruiters from Tennessee State University Air Force Reserve Officer Training Corps (ROTC) and Vanderbilt University Army ROTC and learn what a path to military service looks like.

“One of the top honors I have in Congress is to provide nominations for the brightest and boldest students wishing to serve our nation in uniform by attending one of the five U.S. Service Academies,” said Rep. Rose. “I was pleased with the number of young people who took advantage of this opportunity to meet with several academy representatives and ROTC units from Tennessee universities about the possibility of attending one of these institutions and earning a commission as an officer in our military.”

For more information about the Military Academy and the nomination process, please visit https://johnrose.house.gov/services/military-academy-nominations.