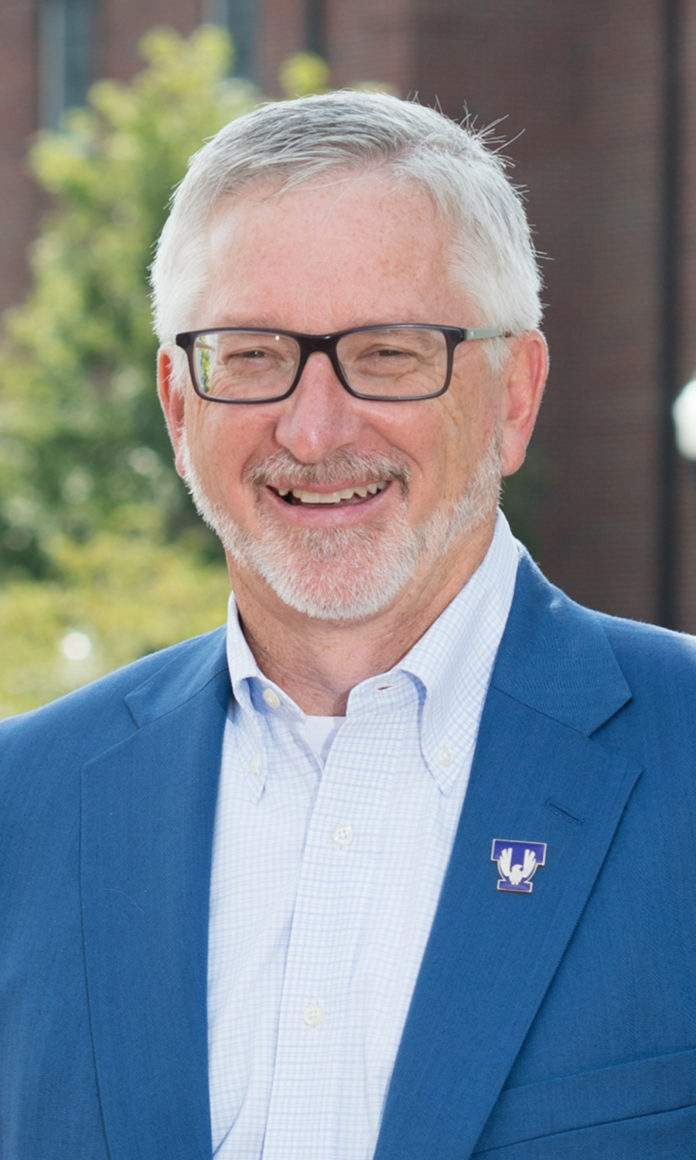 COOKEVILLE – Tennessee Tech president Phil Oldham has been selected to serve as one of the 25 members of the NCAA Board of Governors. The board oversees all aspects of collegiate athletics at the Division I, Division II and Division III levels.

“I’ve had the opportunity to be on the Division I Board of Directors for the last couple of years,” said Oldham. “Now to be asked to be on the Board of Governors — that is the penultimate in the governance structure of the NCAA.”

The Board of Governors holds its focus on four areas – protecting the ethical and fiscal integrity of the NCAA, the collegiate model and the national office. Under those areas, the responsibilities include preserving and enhancing the collegiate model of athletics, upholding the NCAA as a higher-education association, providing strategic vision for the NCAA and uphold its principles, ensuring the long-range health of the NCAA, upholding the health, safety and well-being of student-athletes, overseeing the national office’s functions and protecting the autonomy of the membership.

Oldham is the second president from the Ohio Valley Conference to serve on the NCAA’s Board of Governors after Dr. William Meehan (Jacksonville State, 2011-12 and 2012-13). Oldham’s term began earlier this month and will run through August 2023.

“My belief is the solutions to these challenges are going to come from outside of conventional thought,” said Oldham. “We’re not talking incremental adjustments here. We’re talking major changes to adjust to the times and expectations of society today. It’s going to take people thinking very differently and, hopefully, this is the right group to do that.”

Ohio Valley Conference commissioner Beth DeBauche, who has years of experience working with Oldham in the league’s governance structure, sees the selection as an excellent one.

“President Oldham is a thoughtful, logical, and pragmatic leader who will bring his unique perspective as a former student-athlete and parent of one to the NCAA Board of Governors,” DeBauche said. “His personal experience around sports coupled with his year of governance service at both the NCAA and OVC levels leaves him distinctively qualified to serve on the NCAA Board of Governors. I cannot think of a better person to help address the challenges we are facing in intercollegiate athletics.”

For Tech director of athletics Mark Wilson, having Oldham in the position to represent the Golden Eagles on the national stage is a welcome prospect.

“With the constantly changing landscape of collegiate athletics, it is tremendous to have Dr. Oldham represent Tennessee Tech and the Ohio Valley Conference on the NCAA Board of Governors,” said Wilson. “It has been an unprecedented time for us all in collegiate athletics, so to have him give us a voice among the others on the Board to help shape the NCAA’s future and provide his wisdom and guidance in the national conversation is exciting.”

“You have to go back nearly 60 to 80 years to find a time with this much uncertainty and change and unpredictability of college athletics,” Oldham said. “Realistically, no one knows how this is all going to go, but we all have the common goal of preserving what we appreciate about college sports and what it brings to the lives of so many individuals and fans. The dynamics, however, are very challenging. I don’t know if anybody has good answers. The NCAA is trying to respond, but it’s going to be a challenge. We need good ideas and a lot of smart people sitting around and, hopefully, we’ll figure some of this out.”

A former tennis student-athlete at Freed-Hardeman, Oldham is Tennessee Tech’s ninth university president.  He earned his bachelor’s degree in chemistry from Freed-Hardeman and his doctorate in analytical chemistry from Texas A&M. He spent one year as a Wellcome Research Fellow at Burroughs Wellcome Co. (now part of GlaxoSmithKline) before joining the faculty at Mississippi State. Oldham was the head of MSU’s chemistry department for five years before becoming dean of its College of Arts and Sciences. He later became provost and senior vice chancellor of academic affairs at Chattanooga before being named Tech’s ninth president.