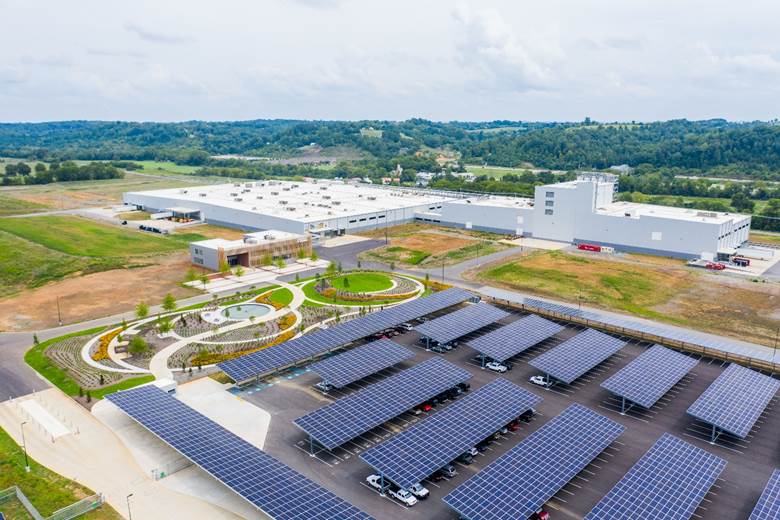 The company is increasing its Southeast Tennessee workforce to 475 team members and building a 600,000-tire warehouse at its North American production site

Dayton – Nokian Tyres will create 75 new jobs at its Dayton, Tennessee factory in 2023, as the company aims to double tire capacity at the award-winning facility. The company celebrated the start of the capacity expansion, which also includes an on-site storage warehouse, at an event on Wednesday with state, local and company officials.

The company’s application portal is open, and hiring will begin this spring. Starting pay ranges from $17 to $21 per hour. Prospective employees are invited to apply at NokianTires.com/DaytonFactory.

When Nokian Tyres opened its North American factory in 2019, it committed to bring 400 jobs to Rhea County.

As the company adds positions and equipment this year in pursuit of full capacity approaching four million tires per year, it is partnering with the state and community to raise that total number of employees to 475.

“As demand for our tires grows in the United States and Canada, our expanded Dayton Factory will supply customers with a rising number of safe, sustainable all-season and all-weather products,” said Nokian Tyres Vice President of Sales Tommi Heinonen. “We are happy to see the factory provide more jobs for North American workers and more tires for North American drivers.”

“We strive to be an employer of choice in Southeast Tennessee, and that has been our focus since day one of our operations,” said Dayton Factory Operations Director David Korda. “As we grow, we’re excited about providing fulfilling opportunities for professional growth that will also help our factory and company grow.”

Nokian Tyres also announced on Wednesday the construction of a 600,000-tire warehouse connected to the Dayton Factory in line with the original investment plan. The facility will join the company’s nine-warehouse network throughout the U.S. and Canada and will serve the growing volume of customers in the sun belt.

Jobs – The facility joins a nine-warehouse network throughout the U.S. and Canada.

The company plans to bring the warehouse online by mid-2024.

“Tennessee’s business climate and unmatched workforce continue to attract world-class brands to the Volunteer State,” said Tennessee Governor Bill Lee. “These 75 new jobs will greatly benefit Tennesseans in Rhea County and across the region for years to come, and I thank Nokian Tyres for placing its confidence in Tennessee.”

The factory set production records with existing equipment in 2022, and the company has begun installing additional infrastructure inside the factory to meet its goal of producing up to four million tires per year, a milestone it plans to reach in 2024. The company makes all-season and all-weather tires at the facility, which is the epicenter of its growth plan in North America. The expansion will enable Nokian Tyres to add light truck tires to the Dayton Factory’s product mix in 2023.

In its first three years of operations in Dayton, the company has earned recognition for its workplace culture, operations and sustainability. Nokian Tyres was the Chattanooga Regional Manufacturers Association’s Company of the Year in 2021, and the company was the first in Rhea County to receive the prestigious Tennessee Governor’s Environmental Stewardship Award.

The Dayton Factory’s production building is the only tire production facility in the world to possess LEED v4 Silver certification, and its LEED v4 Gold-certified administration building is fully powered by energy generated from onsite solar panels.