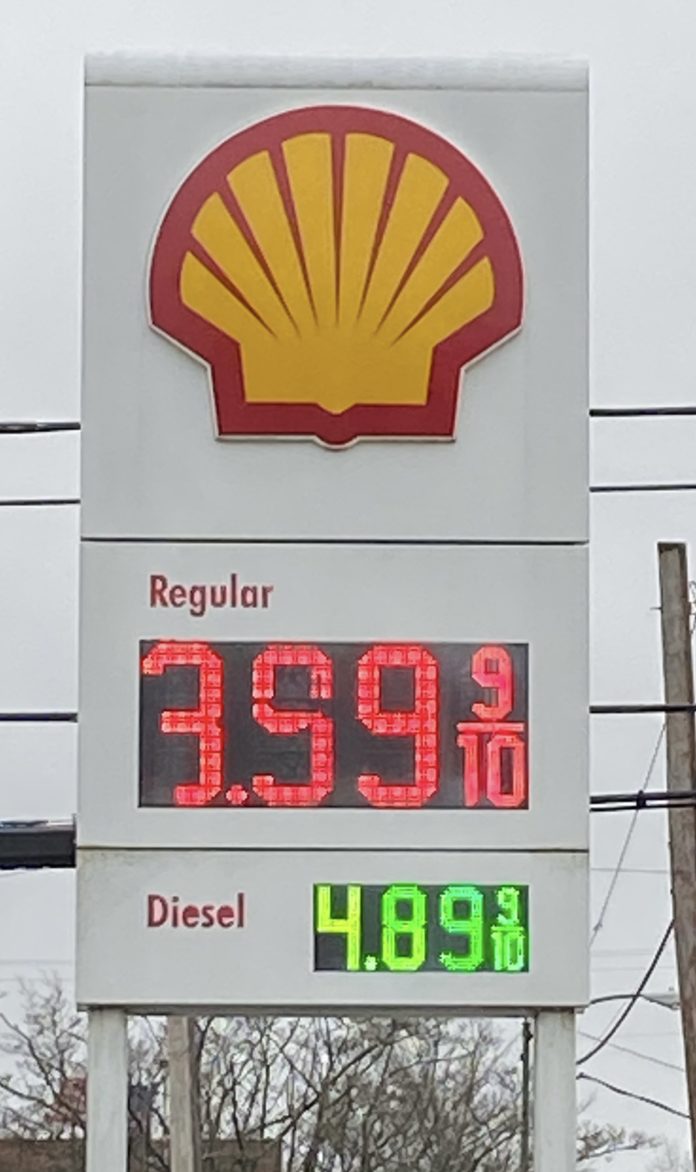 COOKEVILLE – As Russia continues to invade Ukraine and, as a result, get cut off from the rest of the world economically and strategically, other countries are now scrambling to determine where they will get that 8% of the world’s oil that Russia has been supplying. Today, this uncertainty has driven the price of oil to top $130 a barrel, pushing regular gasoline to around $4 a gallon.

How much higher can we expect gas to rise?

“I don’t know how high it could go,” said Harry McGugin, owner of McGugin Oil. “It could go to $4.50/gallon for regular unleaded. We could see that by the end of the week, I don’t know. There’s just too much uncertainty. Hopefully it doesn’t go over $5/gallon.”

While McGugin was expecting the usual rise in gasoline prices due to increased summer demand, he is shocked at the rapid rise in prices, and attributes the sharp increase solely to the fighting in Ukraine.

Local gas stations are at the mercy of the big gas companies and what is going on in the world. When investors buy oil in times of war, they try to buy as much as they can, so they can have it down the road, and it drives the price up. McGugin doesn’t foresee that causing any supply issues, but he does see it increasing prices.

“In the event of storms or a war, the market reacts immediately,” McGugin said. “Usually, it’s within a day.”

Like natural gas, gasoline is also a commodity. However, unlike the natural gas utilities, most gas wholesalers cannot lock in a portion of their estimated demand at a fixed price.

“I can’t lock in my price. I go straight to Nashville or Knoxville and buy my gas straight from the Shell terminal,” McGugin explained. “Our gas prices are on a daily basis. Our company doesn’t future buy. There are some bigger companies that are able to do that, but we aren’t.”

A lot of gas stations don’t keep a big supply of inventory on hand, so the gas they are soon going to get in will be adjusted to the new price. Basically, it’s just in time inventory, so whenever you see a quick adjustment on the price, it’s because the station’s next load of fuel has already had the price increase.

McGugin said that if the war ended tomorrow, he believes it could take a few months for fuel prices to return to the pre-war conditions. He said the amount of time would depend on several things: what type of sanctions are placed or continue on Russia; the ability to make up that 8% of the worldwide supply somewhere else; and the increased demand from the normal increase in traffic during summer.

He added that a hurricane at this point could be devastating to gas prices.

When asked if there were measures that the U.S. could take to increase the oil supply, McGugin said, “It would be nice if they still had the Keystone project still going on. That way we could have some extra oil coming in. That would definitely help offset this price increase. Maybe they’ll get back to working on it. Maybe this will be a wakeup call. We’ve got to have it.”