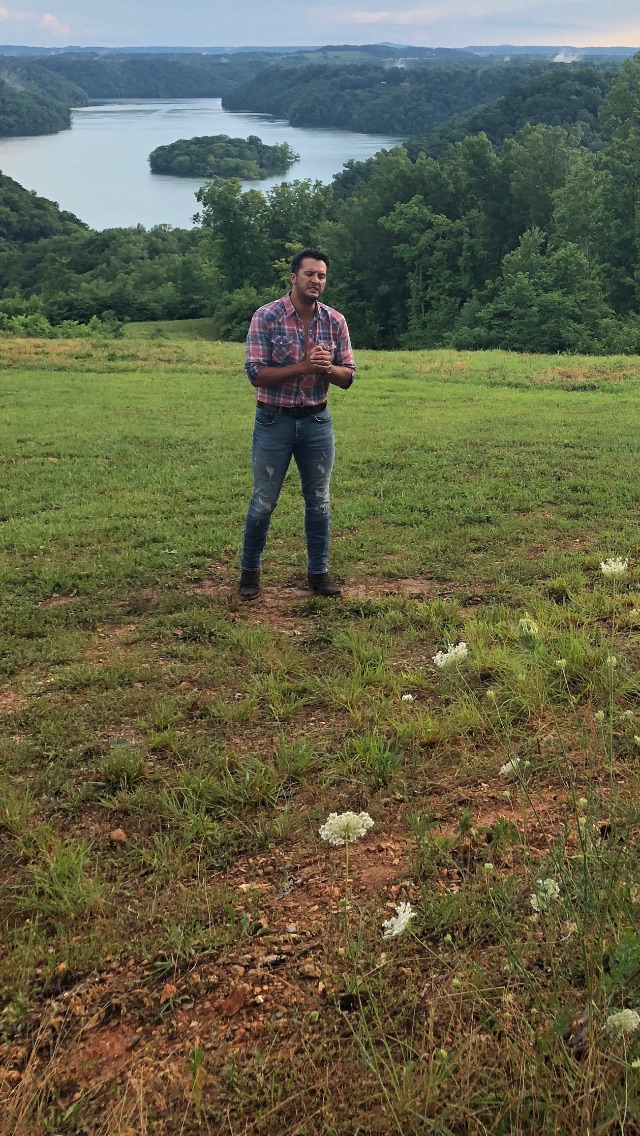 In late June, Sunset Marina on Dale Hollow Lake became the epicenter of the song’s video shoot, which included a top-secret visit by Bryan and his family to Sunset’s facilities just off Highway 111 near Byrdstown, Tennessee.​

​Tom Allen, General Manager of Sunset Marina explained that he was contacted about hosting the shoot by FLYHI Films’ Creative Director, Michael Monaco, who had pitched using the Dale Hollow Lake location to Bryan’s team because it was his own “favorite place on earth.”

“I know Luke’s got millions of fans – some faithful, some fanatical – so I wondered how can things could remain normal,” Allen admitted, but he was more than committed to welcoming the two-time Country Music Association Entertainer of the Year to Sunset Marina and the pristine waters of Dale Hollow Lake.

Sworn to secrecy, Allen and wife Angela launched into preparations for the film crew’s weeklong stay and Bryan’s June 26 arrival by telling the Sunset staff that the marina was anticipating an inspection from the “granddaddy of all inspectors.”

“The ‘Inspection Theory’ gave us a cover to do things that were a little bit unusual,” Allen said. “For example, Sunset’s houseboats were relocated in a manner that would give Luke some privacy by offering him a floating dressing room where he could conduct wardrobe changes for a possible video shoot on the docks.”

The cover was almost blown when a planning call reached the marina’s switchboard instead of Allen’s intended cell phone, but the secret remained intact until hours before the film crew’s arrival.

“I declared a social media blackout during Luke’s visit,” Allen said. “I asked our staff to be professional, to treat Luke, his family and their crew exactly like they treat every other customer – with respect and gratitude.”

When Bryan arrived in his tour bus, which was parked in full view of the highway, Allen was concerned that a throng of fans would flock to the Marina while filming was underway on the lake.

“Not only could the privacy of the shoot be disrupted, there was a real concern about safety,” Allen said, adding that he alerted the local sheriff as a preventative measure. “Sheriff Dana Dowdy agreed to help with traffic and crowd control when the houseboat arrived back at the marina from filming.”

However, it was the weather – not the fans – that created a disruption and elevated safety concerns.

“The heavy winds forced our houseboat crew to take the houseboat behind an island and secure it to the shore to avoid danger,” Allen said. “For well over two hours Luke’s family and film crew were stuck inside Sunset’s houseboat waiting out the torrential rain and thunderstorms, while Luke and his kids entertained everyone with dancing, joking and cutting up.”

After returning to the safety of the marina, Bryan retreated to his tour bus to prepare for more filming at Island View Overlook in Byrdstown.

“After filming at the beautiful overlook, Luke returned to his tour bus where the crowd in the parking lot had grown,” Allen said. “Another freshen up and wardrobe change and he was back out of the bus, again, obliging the crowd with ‘selfies’ on his way out to Sunset Dock for more filming. Luke performed in front of the cameras, while the evening sun was setting in the background.”

The Bryan family and the production crew finished the day with dinner at Pier 42 Restaurant. While Bryan continued on his concert tour, the film crew remained at Sunset Marina for the remainder of the week.

“We were thankful to have Luke, his family and his entire crew here,” Allen said. “Luke is a very humble and gracious person who truly appreciates his fans. It was obvious that he is a great father and dearly loves his family.”

Despite hosting a star who’s sold more than seven million albums and 27 million singles worldwide – not to mention being a judge on American Idol and the recipient of numerous singing and songwriting awards, the Sunset Marina and Pier 42 staff managed to treat June 26 like any other summer day on the lake, according to Allen.

“With all the rain and storms, Luke’s film crew said that it was not a perfect day for filming, but it was definitely a perfect location to film the video for a song like ‘Sunrise, Sunburn, Sunset,’” Allen said.