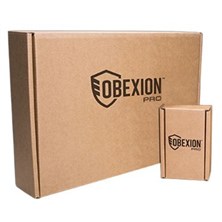 ATLANTA – At the recent Industrial Pack 2019 conference, Obexion Packaging was awarded the Excellence in Transit Packaging award for its Obexion lithium battery packaging that was designed, developed and manufactured by Procyon Alpha Squared (PA2) of Cookeville.

The Excellence in Transit Packaging award was one of only five awards given during the conference held annually in Atlanta.

Industrial Pack is North America’s only dedicated event for the industrial, transit and protective packaging industry. The conference brings together the top suppliers in this industry, who will be showcasing packaging solutions to transport every type of product – from hazardous materials and dangerous goods to automotive parts, building materials, industrial machinery, bulk food and drink and much more.

One of the most frequent hazardous materials shipped is the lithium battery.

Lithium batteries are in almost every electronic gadget used today. Most of these are manufactured overseas and must be shipped to the states by either cargo ship or air freight. Pressure changes make the batteries unstable and can result in fires or explosions.

In late 2014 Nochar, Inc., a company that develops and provides state of the art high quality fire retardant, environmental protection, and filtration products, came to PA2  to discuss the lithium battery issue. Nochar had a major customer that needed a solution to the shipping problem the batteries presented. By early 2015 PA2 had agreed to work on the problem using some of Nochar’s technologies.

A big developing market for PA2 is shipping containers for damaged and defective electronics with lithium batteries such as iPhones and iPads.

“If you have a problem with your electronics and it was determined to be a battery you would get a special type of packaging to ship it back in,” said Kennedy. “If it was insured by Asurion, it’s probably going to be one of our packages you would ship it back in.”

Business has been very good for the Cookeville company.

“We started manufacturing in May 2018 and we had a projection of $250,000 to $300,000 for the first year,” said Kennedy. “Actually, we did four times that in sales in our first eight to nine months, which is really good. It’s taken off really good in the damaged and defective side while we wait on the aviation world to develop standards that they are going to test by.”

There are other competitors out there who take a different approach than PA2.

“When lithium burns, it creates its own oxygen so starving it of oxygen doesn’t put it out,” explained Kennedy. “A lot of the chemicals used in fire suppression don’t put it out. We take a completely different approach. If it’s in our box and it burns up, and it doesn’t go outside our box, it’s not a problem. That’s the approach we take.”

“Imagine over 1200 degrees burning inside a corrugated box and not coming out,” said Kennedy. “Lithium burns at 1100 to 1200 degrees. That is why the battery gets so hot.

“Our technology is pulling the heat out of it, so you don’t see that much temperature on the sides, top and bottom of the box. We can take about 1100 degrees out of a 1300- to 1400-degree fire in less than 45 seconds.”

A video demonstrating the process in action is available here.

PA2’s Obexion boxes are even recyclable because the chemicals used are not harmful to the environment.

Labelmaster is the exclusive marketer for the Obexion boxes. 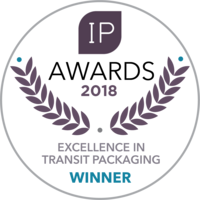