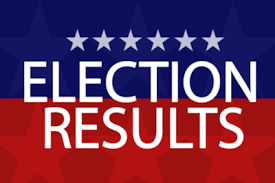 UPPER CUMBERLAND – Diverse results came in from across the region last night with sales taxes raised and lowered, alcohol both approved and rejected, and new leadership chosen to lead cities across the plateau.

Local option taxes are a way for local governments to fund various initiatives.  It’s not often that a community gets the opportunity to lower that tax, but yesterday voters in Smith County voted 3,412 to 2,434 in favor of repealing the tax rate that was set by referendum in March 2000.  This vote will reduce the local option sales tax rate by 0.75 percent.

Voters in Macon County approved a 0.5 percentage point increase on sales tax to the local option limit of 2.75 percent.  The tax would remain in effect for a period of 25 years under the referendum’s sunset clause. The vote passed 3,393 to 2,546.

The town of Carthage approved legal sales of wine at retail food stores by an almost three to one vote. The measure was approved by a vote of 369 for and 139 against.

Spencer passed its liquor-by-the-drink measure by a close vote of 323-291.

Despite a vigorous campaign by the Committee to Legalize Whiskey, Fentress County once again voted not to allow retail package stores in the county.  In another close vote, the measure failed 51 percent to 49 percent, losing by 145 votes after failing by 130 votes in November 2016.

Patricia Clark was elected as mayor of Allardt under unusual circumstances.  Although no one actually qualified to run for the seat, Clark was the only certified write-in candidate and she received 25 of the 36 votes cast in the race.Thomas Harding Poder was elected to a four-year term as alderman. The town’s two-year alderman position remains open and will be appointed by city officials.

James Mayberry was elected to lead Crossville as mayor for a second term receiving 66 percent of the vote.  Art Gernt and Rob Harrison were elected as Crossville council members.

Kenny Alley and Mike Findley were unopposed as they were elected as Crab Orchard aldermen.

Lisa Patrick was elected as Pleasant Hill mayor receiving over 53 percent of the vote.  Peggy Happy was elected to the Pleasant Hill city council. One council seat remains open and will be appointed by city officials.

Mickey Robinson was re-elected as Spencer mayor with over 50 percent of the votes in a three-person race. Jerry Blankenship, Jody Hensley and Bonnie Adcock were elected as aldermen in a close race that saw Bryan Hickerson losing by four votes.

Steve Harvey, Ryle Chastain and Everett Brock easily won seats as McMinnville aldermen in a crowded seven-person race. One of the first issues that this board will take up is the selection of a permanent city administrator.

Sue Anderson easily won re-election as mayor of Morrison with over 67 percent of the vote. Anderson has held the position since November 2010.  Joe H. Heffner, Jr. and Donald L. Miller were elected to new terms as aldermen and Sue Jones was elected to fill the unexpired term as alderman.