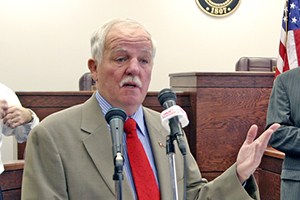 MCMINNVILLE – A moment in time will celebrate Jerry Cooper, the leader, friend, father and community icon when family and friends gather on Sept. 24 for Jerry Cooper Day. The celebration will be held at the Motlow State Community College’s McMinnville Campus at 12:30 p.m.

Co-hosted by Motlow State and the Motlow College Foundation, the Jerry Cooper Day will highlight the many contributions made to the College, Warren County and the 14th Senatorial District by the late State Senator who was also a longtime Motlow College Foundation trustee. In response to the COVID-19 pandemic, the mid-day celebration will be held outside; safety protocols will be followed.

“The idea of a Jerry Cooper Day celebration brings communities, friends and family together to honor a true public servant who worked tirelessly to make his community and district better while hearing many untold stories about Cooper from close friends and family,” said Gary Morgan, Motlow College Trustee and event organizer. “If anybody loved Warren County, Motlow College, family and friends, it was Cooper. He used his position as State Senator to improve the lives of his constituents by focusing on two things: education and roads. He knew these two things would change the trajectory of the district and community and improve the quality of life for everyone.”

Cooper was a loyal friend to and advocate for Motlow State who championed the college at the state level. He successfully garnered more than $18 million in funding for buildings and infrastructure and an additional $3.2 million to support the Mechatronics program. He was a major influence in expanding Motlow’s presence into McMinnville, Warren County and the Upper Cumberland region. His support extended to include the Motlow Fayetteville campus, the Don Sundquist Center for Advanced Technologies, Moore County campus nursing and technology building and library. He served as a Foundation Trustee for 25 years and was a member of the Executive Committee. He organized the annual summer Snow Day Golf fundraiser which heightened Motlow’s prominence across the state.

“The Cooper Day celebration is fitting and timely, and Motlow State is honored to co-host the event,” said Motlow President Dr. Michael Torrence. “Senator Cooper’s influence on Motlow State, education and workforce dates back to the presidency of Dr. Frank Glass in 1987 and moves forward to my tenure, spanning more than 30 years and five presidents. Our communities will continue to be benefactors of Jerry’s life’s work for generations to come.”

Tennessee’s Community Colleges is a system of 13 colleges offering a high-quality, affordable, convenient and personal education to prepare students to achieve their educational and career goals in two years or less. The system offers associate degree and certificate programs, workforce development programs and transfer pathways to four-year degrees. For more information, please visit us online at tbr.edu or visit Motlow at mscc.edu. 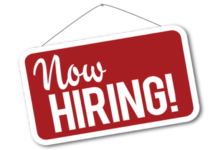