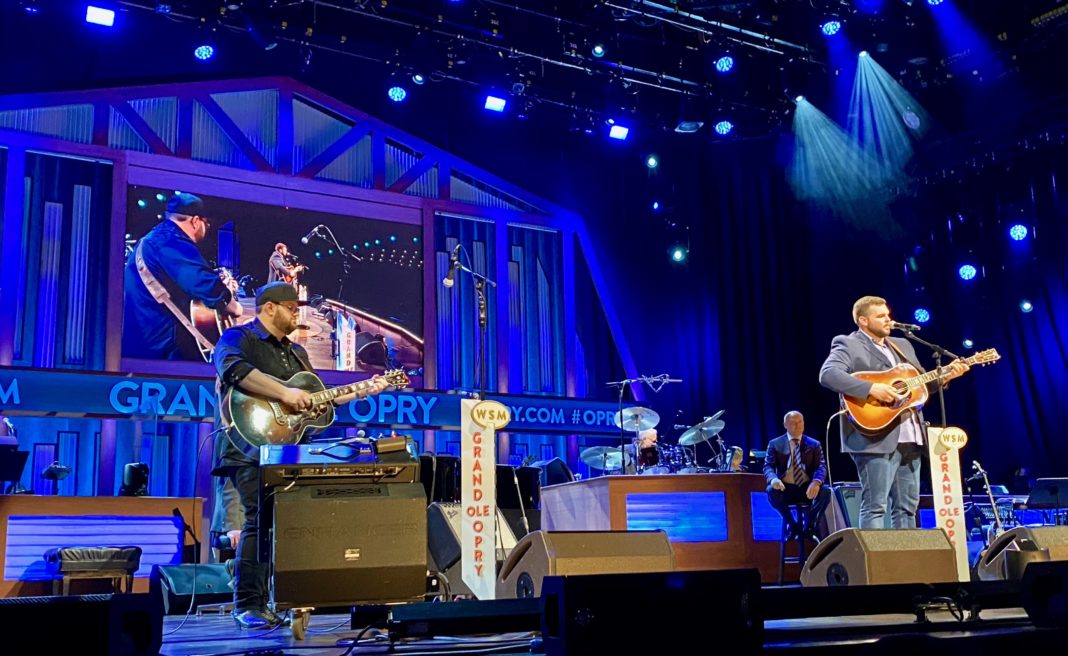 NASHVILLE – Cookeville’s Jake Hoot, “The Voice” season 17 winner, made his debut performance on the legendary Grand Ole Opry stage last night in Nashville to the familiar chant of “Hoot, Hoot, Hoot” from hundreds of friends, family and fans.

Although Hoot has had the opportunity to perform in front of millions while on “The Voice” television show and thousands more at several major sporting events and various concerts, taking the Opry stage meant more to Hoot than just a chance to share his music.

“It’s the only stage I can think of that I wanted to play on,” Hoot explained. “There’s just something about the history and the spiritual feeling that comes with it. It’s just a very -spiritual is the only word I can come up with – spiritual experience to stand out there, and then when the place is filled up and trying to get out there and sing, it’s going to be different. I’m excited.”

The magic of the Opry stage, and especially the historic “circle” preserved from the original Ryman Auditorium stage, was not lost on Hoot.

“It’s just something special about that stage and then that circle. Stepping in the circle is just unreal. It was like everything stopped, so it was special,” Hoot said.

Hoot jokes that when he was first invited to play the Opry, he thought they had the wrong guy. Jamie Dailey, of IBMA-award-winning Dailey & Vincent, had asked him before to be a guest on one of their performances, but he wasn’t expecting Dailey to show up at a radio interview with an invitation to perform in his own segment.

“To be invited and have my own parking spot outside – there’s a spot with my name on it – you just can’t put it into words,” said Hoot. “I was very overwhelmed then, and I’m even more so tonight, so I’m very excited about tonight.”

During Dailey & Vincent’s portion of last night’s show, Dailey, a native of Gainesboro, called Hoot back to the stage to join them in “Will the Circle be Unbroken” and another gospel song. They also gave Hoot the chance to perform another solo song, which he did with “Danny’s Song.”

Before he took the stage, Jake summarized his feelings about the night in his typical humble fashion.