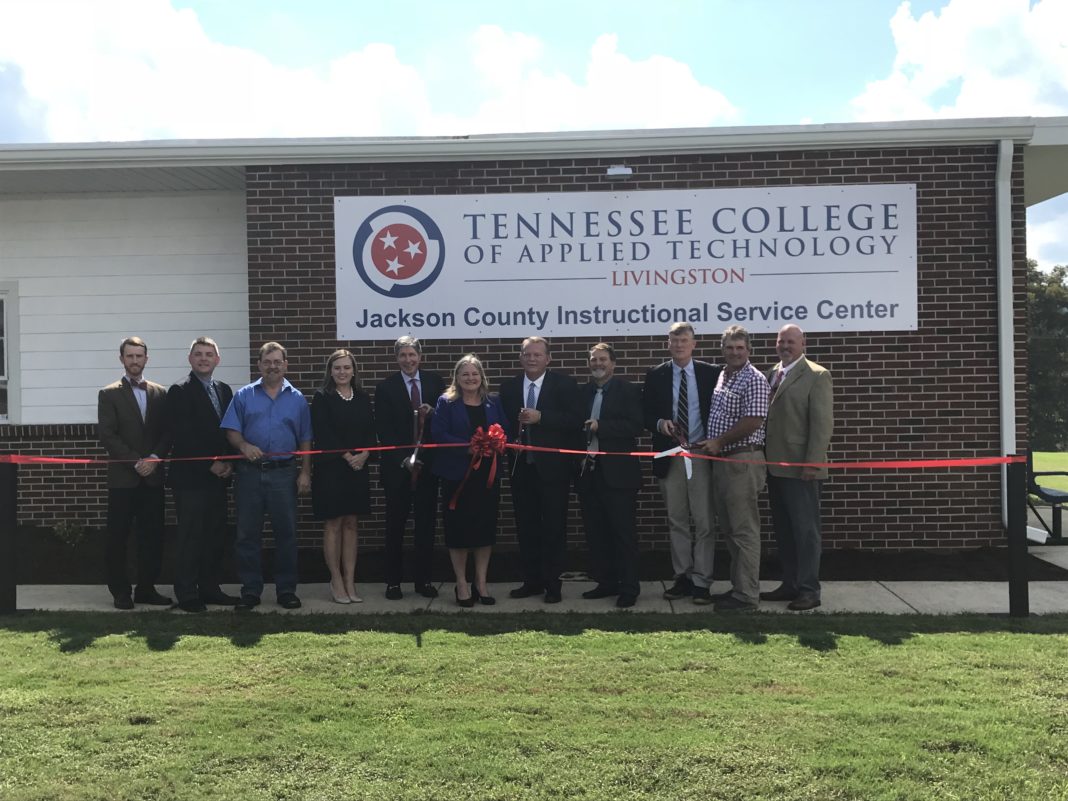 GAINESBORO – State and local officials gathered in Gainesboro Friday to celebrate the opening of the newest higher education institution in Tennessee. The new Jackson County Instructional Service Center will feature programs in information technology and power line construction and maintenance technology as a branch of Tennessee College of Applied Technology (TCAT) Livingston.

It’s an historic event because this is the first higher education institution to be located in Jackson County.

A key force in locating the new campus in Gainesboro was Superintendent of Schools Joe Barlow. After attending an asset-based planning workshop sponsored by the Tennessee Department of Economic and Community Development (TNECD), Barlow contacted Dr. Myra West, President of TCAT-Livingston, and asked her to help make a branch of TCAT in Gainesboro a reality.

“Myra, I want my kids in Jackson County to have the same opportunity as any other student in the state of Tennessee,” West recalls Barlow stating.

The biggest obstacle was a building, and Barlow set out to find a location.

“The county commission and school board made a commitment that they were not just going to brainstorm and talk about an asset,” said West. “They were going to make that asset happen. It was action oriented. They purchased this golf course and clubhouse and it looks quite different today.”

County Executive Randy Heady partnered with the Upper Cumberland Development District to write a grant application to TNECD for funding for materials to remodel the clubhouse. Jackson County was awarded the $50,000 and the building construction technology classes from TCAT-Livingston made the plans a reality.

“Investing in education may be the most expensive but the best dollars we can put forth, because at the end of the day, as we’ve recruited companies across the globe across the U.S. and here in Tennessee, we discovered that workforce development is the ‘it’ issue,” said TNECD Commissioner Bob Rolfe. 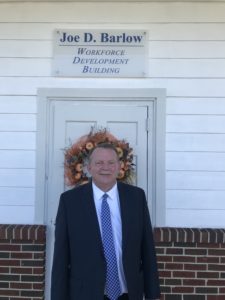 In honor of Barlow, who is retiring at the end of October, for his work in making the facility a reality, the building was named the ‘Joe D. Barlow Workforce Development Building.’

Classes began at the Gainesboro facility in August when students from Jackson County High School signed up for the dual enrollment IT program.

“This is what can be accomplished through parties working together toward one goal,” explained Heady. “Think of all the agencies that had to come together: The board of education, TCAT Livingston, the Jackson County Commission, the Upper Cumberland Development District. Myra and Allison wrote the grant together. If you think about all the parties that came together it really took teamwork to get it done.”

The Jackson County Instructional Service Center is located at 255 Devil Lane, Gainesboro.  For more information about these programs, see tcatlivingston.edu or call 931-823-5525.