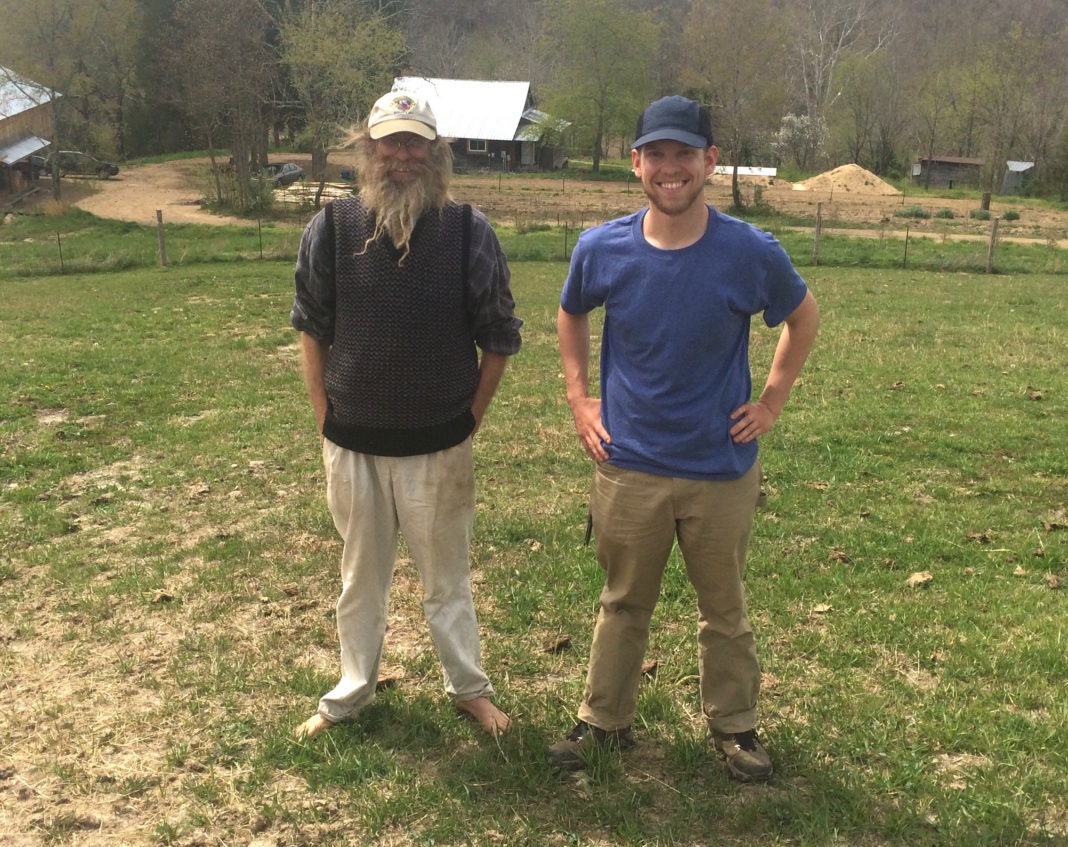 RED BOILING SPRINGS – The building itself can only be described as nondescript. Brick front. Little detail. No elaborate signage. But Jeff Poppen is in the process of transforming it into a community space like no other in the Upper Cumberland.

Poppen, better known as the Barefoot Farmer, owner and operator of one of the state’s oldest and largest biodynamic farms in Red Boiling Springs, bought the old structure on Highway 56 near downtown a few years ago, and just recently started fixing up the space. The idea is to use it as a “pop-up” restaurant locale, or one-day eatery that would open on occasion at just a moment’s notice.

There are no set rules, other than the food used has to follow Barefoot Farmer methods – and that’s the whole point, says Kristina Rossi, business manager: the pop-up wouldn’t open every day, only when they have excess food from the farm. Anyone can cook the meals. Those dining would likely pay by donation only.

There’s only been one pop-up meal held here so far – over the winter – and with just two days notice. Poppen said they’re in the process of adding a stove and finishing the kitchen fixings. They’ve already added a new ceiling, walls, a bathroom. The space – located on Lafayette Road heading toward downtown and across the street from a new LBJ&C Head Start – has a history as an eatery before. It was originally built as a restaurant for Seventh Day Adventists back in the ‘40s, Poppen said. Later, it housed another restaurant before falling into disrepair.

“One of the things that’s lacking in America is community events, where the community just gets together” with no other purpose or agenda, Poppen said, “and we’d like to see more of that happening. And we want people to eat better.”

He first moved to Macon County in the ‘70s, when his brother relocated a hippie commune from their father’s farm in Illinois to Tennessee. Poppen still says words like “groovy;” only wears shoes if he has to, he says; and has never shaved his now-signature beard.

He farms cattle and grows crops like beans, corn and potatoes. The land sustains itself, and its residents, at times, include a mix of interns/ apprentices. Poppen sells a portion of his vegetables to a 100-member CSA, or community supported agriculture group, largely in the Nashville market, and to one restaurant in capital city, Husk. He speaks at conferences, Master Gardener meetings, regional events. The farm plays host to a Biodynamic Conference in September. Its main focus is to train new farmers on organic and biodynamic methods.

“We’re trying to touch the soul of people who remember (or aspire to learn) old-time ways,” Poppen said. “Home grown food, living simply, that kind of thing. There’s a cultural divide now. Most people don’t eat farm-fresh vegetables. They eat stuff from the stores…like canned green beans because they’re easier to prepare. It’s about getting people into the right headspace.”

Count Chris Morina among those people. A chef and New Jersey native who’s worked in Atlanta and San Francisco, he came to Long Hungry Creek as an intern to learn more farming, to connect at the root of the source. He says he will “definitely” cook at the pop-up restaurant if plans pan out.

“I just felt very disconnected,” Morina said. “When I was working in Atlanta, we sourced (our food) from people like Jeff. But in San Francisco, we got (our fish) mailed in from Japan, stuff like that. That transition really bothered me, getting things in plastic bags rather than out of bushels. That’s what I aspire to do, to know where my food comes from and the people growing it, rather than just unpacking a box.”

Poppen says he originally bought the pop-up building, and the building located next door, as a means to store vegetables and the like. The site also plays host to a farmer’s market on Saturdays. He said they’ll gear up for that season later in May.

“I think it’s great we’ll have them both in the same place,” Rossi said. “For years, Jeff has talked about this fantasy of having a restaurant here. So, I was just like, ‘we’re going to do that.’ I think it’s going to be great.”